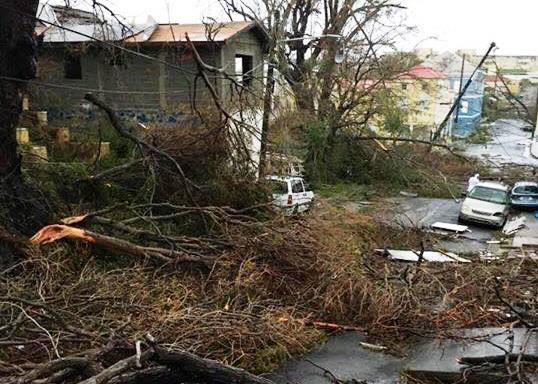 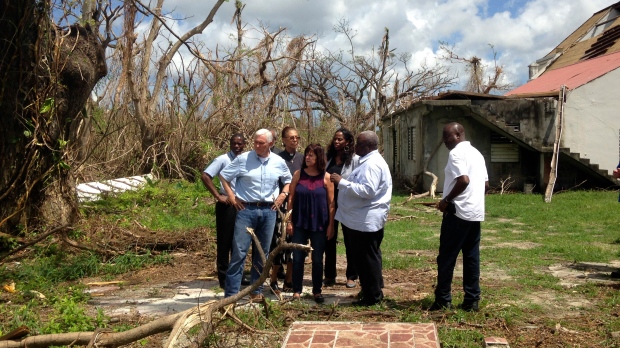 FREDERIKSTED — Three weeks after Hurricane Maria demolished St. Croix as a Category 5 storm at least 90 percent of the island still does not have electricity and many residents do not have running water or a place to stay to shelter them from torrential tropical rains that happen this time of year.

Vice President Mike Pence took a helicopter tour of damage to the Virgin Islands wrought by Hurricane Maria on October 6 describing the wreckage as “overwhelming.”

“But the resilience of the people of the U.S. Virgin Islands is even greater,” Pence said. He said President Donald Trump wants people to know, “We will be with you every day until the Virgin Islands comes all the way back.”

During the aerial tour, Pence saw upended boats along the coast, blue tarps atop damaged homes and uprooted trees and vegetation.

Pence had seen other damage earlier, when his plane flew over homes stripped of their roofs, toppled trees and debris strewn in yards as it arrived on St. Croix.

Pence attended a briefing on recovery efforts at an Army National Guard hangar before visiting a church to meet with people affected by the storm.

President Donald Trump had hoped to visit earlier in the week, but the White House said difficult logistics in the aftermath of the storm prevented his trip.

Visiting with locals at a church, Pence invited his wife, Karen, the family “prayer captain,” to lead the congregation in prayer.

As for Maria, Sanchez said: “It was a whipping that we received. It is something that people are never going to forget, like Katrina.”

Gov. Kenneth Mapp said the federal government had hurricane response efforts “down to a science.”

“There is no country that responds to disasters like the United States of America,” Mapp said, adding that the island is making progress in its recovery from Hurricane Maria and expects schools to reopen on Tuesday.

The trip came days after Trump visited Puerto Rico and praised relief efforts without mentioning the criticism that the federal response has drawn. 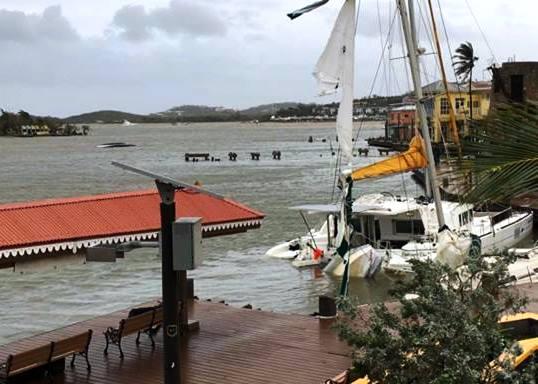