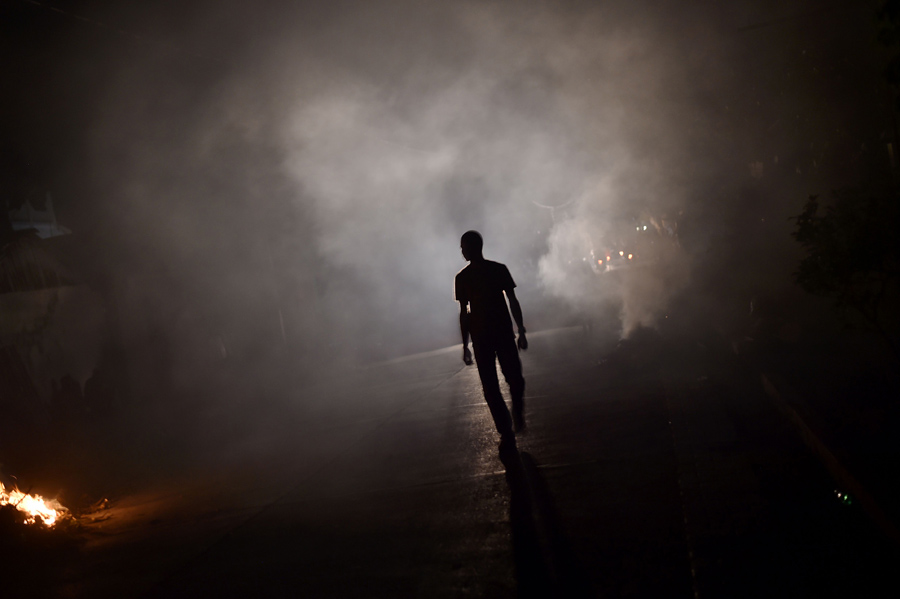 CRUZ BAY – Island Green Living Association said today that it is pleased that the Legislature passed a bill on Friday that would prevent the burning of more than 600,000 cubic yards of vegetative hurricane debris in the territory.

The St. John non-profit, along with The Sierra Club and the Virgin Island Conservation Society, announced last week that they will bring legal action against FEMA and the U.S. Army Corp of Engineers should they proceed with their plan to use air curtain incineration to dispose of the debris, due to serious health and environmental concerns.

“We applaud the senators for their dedication to this important issue and urge our green governor to quickly sign the bill into law,” said Island Green President Harith Wickrema, who testified at the hearing. “It is our hope that we will not have to pursue legal action against FEMA and the Army Corp and can solve this issue legislatively. By signing this bill into law, Governor Mapp will leave a legacy of environmental stewardship that will protect residents and visitors for years to come and sow the seeds for sustainable industry in the region. It would also become a case study for sustainable debris management in the Caribbean and beyond.” Wickrema urges residents to call the Office of the Governor at (340) 774-0001 to show support and urge him to quickly sign the legislation.

Meanwhile, in his briefing Monday night, Mapp said that he is telling the U.S. Army Corps of Engineers to begin burning at least 35 percent of the vegetation debris.

He said that the federal government will pay all costs for debris removal up until March 20 and that there is not enough demand in the territory for mounds of mulch and compost.

“This is an opportune time for the territory and its policy makers to do the right thing with regard to public health and the environment while expanding economic opportunities,” said Senate President Myron D. Jackson. “Although devastating, these hurricanes have offered a gift of natural resources that will replenish the earth while demanding of us that we be good stewards to the place in which we live. The health and welfare of the people of the territory are foremost and our duty.”

“The significance of a no burn statute clearly establishes that we recognize the importance of protecting the public health and the environment,” said Senator Nellie Rivera-O’Reilly. “As an island with limited land space, we must learn to be better stewards of our natural resources and this law ensures that we do not repeat the mistakes of the past.”
“We are making a conscious effort to do the right thing for the environment and ultimately the future of the Virgin Islands,” said Senator Janelle K. Sarauw. “I believe in climate change and the effect it has, and will continue to have, on our islands; we have to make changes.”
“The people’s voice has been heard,” Sen. Marvin Blyden said.
“I am indeed quite happy with the decisions by my colleagues to vote in favor of a ban on the burning of debris as a result hurricanes Irma and Maria,” said Senator Jean A. Forde. “This is a crucial decision as burning en masse is quite hazardous to our health, particularly as most of us depend on cisterns as our water supply source. It is always better to err on the side of caution.”

An alternative Debris Management Plan was submitted to Governor Mapp in October. It includes the recovery of valuable hardwood and a system for mulching and composting related to hurricane debris. It can also serve as a blueprint for sustainable debris and waste management on the islands going forward, providing a great opportunity to build a more resilient and sustainable future beyond the recovery stage. The plan is here: http://islandgreenliving.org/wp-content/uploads/2017/11/Debris-Management-Plan-.pdf

Air curtain incinerators have no pollution controls; particulate matter and other air pollutants are emitted directly into surrounding communities. Burning wood in a hot and humid environment is especially problematic as humidity will trap the air pollution and not allow it to dissipate. Also of special concern are poisonous trees, such as the Manchineel tree, which is extremely toxic when burned and has not been separated out. Thirteen public health experts and scientists sent a letter to Governor Kenneth Mapp and Senate President Jackson on November 20 in support of a ban on incineration due to serious health and environmental concerns. (See here: http://islandgreenliving.org/wp-content/uploads/2015/09/Expert-Letter-to-Senator-Jackson.pdf)

“It seems a major concern of those opposing mulching and composting is the 180-day time frame for FEMA to cover the cost of the recovery efforts,” said Mark Lichtenstein, Island Green board member and chief of staff and chief sustainability officer, State University of New York, College of Environmental Science and Forestry. “However, given the amount of hurricane debris, it is unlikely that all debris can be managed within that period even via air curtain incineration. The governor can ask for an extension and not put the health of residents, the tourism industry and the environment at risk.”