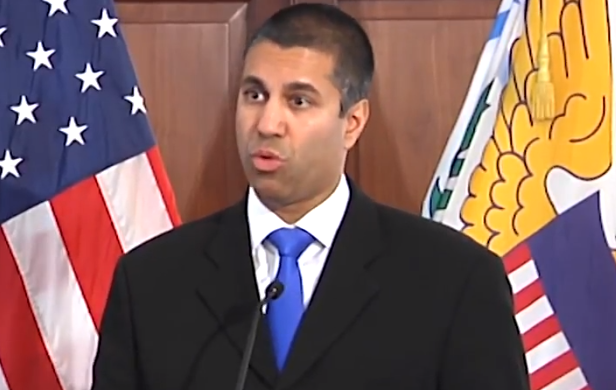 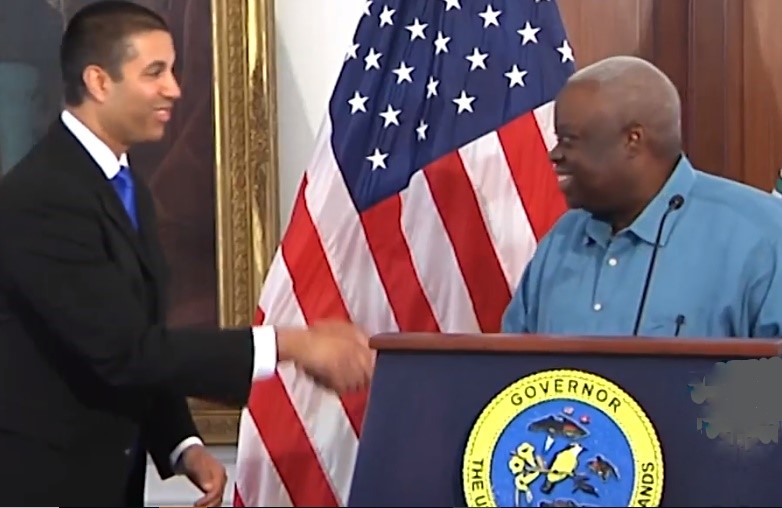 After meeting with Gov. Kenneth Mapp and members of the Hurricane Recovery Task Force, Pai announced $204 million in resources to advance communications within the territory.

Addressing a group of Virgin Islands radio station owners and operators at Government House on St. Croix, the FCC Chairman said the agency’s goal is to make sure that everybody in the Virgin Islands is able to fully utilize the communication services they rely upon every day, including cellular networks.

Mapp voiced concerns about the challenges of reliable cellular service in the USVI. Pai assured him that cell phone communications is an area his agency will address upon his return to Washington, so that steps can be taken to improve the overall ability to effectively communicate via data and voice in the Territory. The FCC, he noted, will examine what parts of the islands are not served and what can be done to fill those gaps as the FCC rolls out its multibillion dollar 4G LTE plan.

The FCC has taken action to promote public safety and connectivity in the aftermath of last year’s hurricanes. In addition to providing public information on network outage conditions and deploying staff to monitor and aid recovery efforts, the FCC has offered the territories nearly $77 million in advanced universal service funding to assist with the recovery.

The chairman says time is of the essence as the 2018 hurricane season draws near. “The plan calls for the FCC to devote almost $1 billion in funding both to the short-term, efficient restoration of service and the long-term improvement and expansion of broadband throughout Puerto Rico and the U.S. Virgin Islands. With the 2018 hurricane season less than three months away, we need to take bold and decisive action. I hope that my fellow commissioners will join me in supporting the creation of the Uniendo a Puerto Rico Fund and Connect USVI Fund,” Pai stated.

The FCC team is in the territory reviewing the status of communications restoration efforts in the aftermath of the 2017 hurricane season.

The FCC regulates interstate and international communications by radio, television, wire satellite and cable in all 50 states, the District of Columbia and U.S. territories. An independent U.S. government agency overseen by Congress, the commission is the federal agency responsible for implementing and enforcing America’s communications law and regulations.

“In disasters and in emergencies we rely heavily on the broadcast community here in the territory,” said Mapp, who once again thanked local radio stations, along with the FCC, for their commitment to delivering and communicating across a robust communications network throughout the U.S. Virgin Islands.