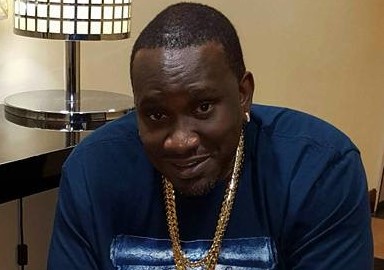 CHARLOTTE AMALIE – Two St. Thomas men were given 14 and 13.3 years in prison respectively for their part in a conspiracy to ship drugs from the Virgin Islands to the U.S. mainland with the help of one of Gov. Kenneth Mapp’s bodyguards.

Craig Richardson, 43, and Germaine Hall, 41, were sentenced today to 168 months and 160 months in prison, respectively, for their roles in a conspiracy to possess with intent to distribute cocaine, United States Attorney Gretchen C.F. Shappert said.

According to the testimony at Hall’s trial, between 2014 and 2016, both Richardson and Hall were members of a large-scale cocaine smuggling organization that operated out of the Cyril E. King  International Airport.

The organization smuggled cocaine by using former security officer at the Office of the Governor Neal Chesterfield who used his law enforcement credentials to bypass security screening at the St. Thomas Airport to smuggle large kilogram quantities of cocaine from St. Thomas to Miami and Fort Lauderdale.

Once in Florida, the officer delivered the cocaine to another member of the conspiracy for distribution in the continental United States.

The trial testimony revealed that Richardson, the leader of the organization, would arrange for the shipments of cocaine and later direct Hall and other members of the conspiracy to collect, and subsequently sell the cocaine at $34,000 per kilogram.

Trial testimony also revealed that, during the course of the conspiracy, Hall collected multiple kilograms of cocaine, as directed by Richardson.

The smuggling operation was dismantled on September 3, 2016, after a co-conspirator contacted a U.S. Customs and Border Protection (CBP) agent and reported that the officer was traveling on that day with cocaine and had to be stopped.

Within one hour of receiving the tip, CBP agents seized 22 kilograms of cocaine from the officer’s carry-on suitcase.

This case was investigated by Homeland Security Investigations (HSI), the Federal Bureau of Investigation (FBI) and the U.S. Drug Enforcement Administration (DEA).

It was prosecuted by Assistant United States Attorney Delia Smith.