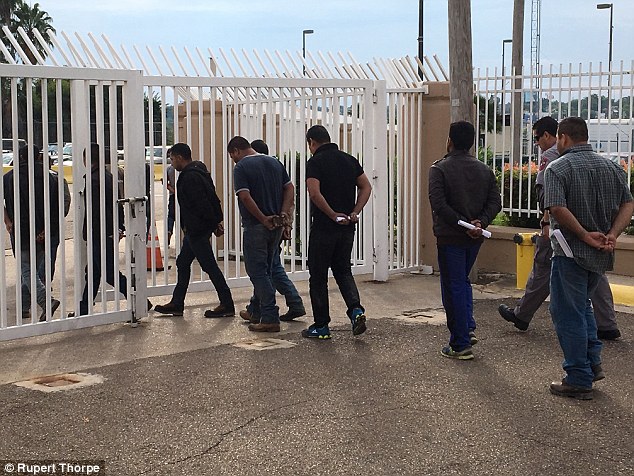 CHRISTIANSTED – A Mexican national who was deported from the United States about a year ago admitted in federal court that he returned here illegally again in 2018.

Fuentes-Acosta made the guilty plea before U.S. Magistrate Judge George Cannon, Jr. on February 4, according to Shappert.

According to court documents, Fuentes-Acosta presented himself to U.S. Customs and Border Protection (CBP) primary inspection at the St. Croix Rohlsen Airport on November 9, 2018, while attempting to board an American Airlines flight.

The Mexican national was arrested. He informed Homeland Security Investigations (HSI) agents that he entered the United States in 1996 illegally and was deported in 2017 from Laredo, Texas.

Fuentes-Acosta also stated that he had remained in Mexico and later returned to the United States without inspection. He also told HSI agents that he paid a smuggler $2,000 to $3,000 to return to the United States by crossing the river from Mexico to Del Rio, TX in April 2018.

The investigation revealed that Fuentes-Acosta was deported on June 1, 2017 from Laredo, Texas to Nuevo Laredo, Mexico via foot and the defendant did not obtain consent from the Attorney General to re-enter the United States.

A sentencing date has been set for June 5.