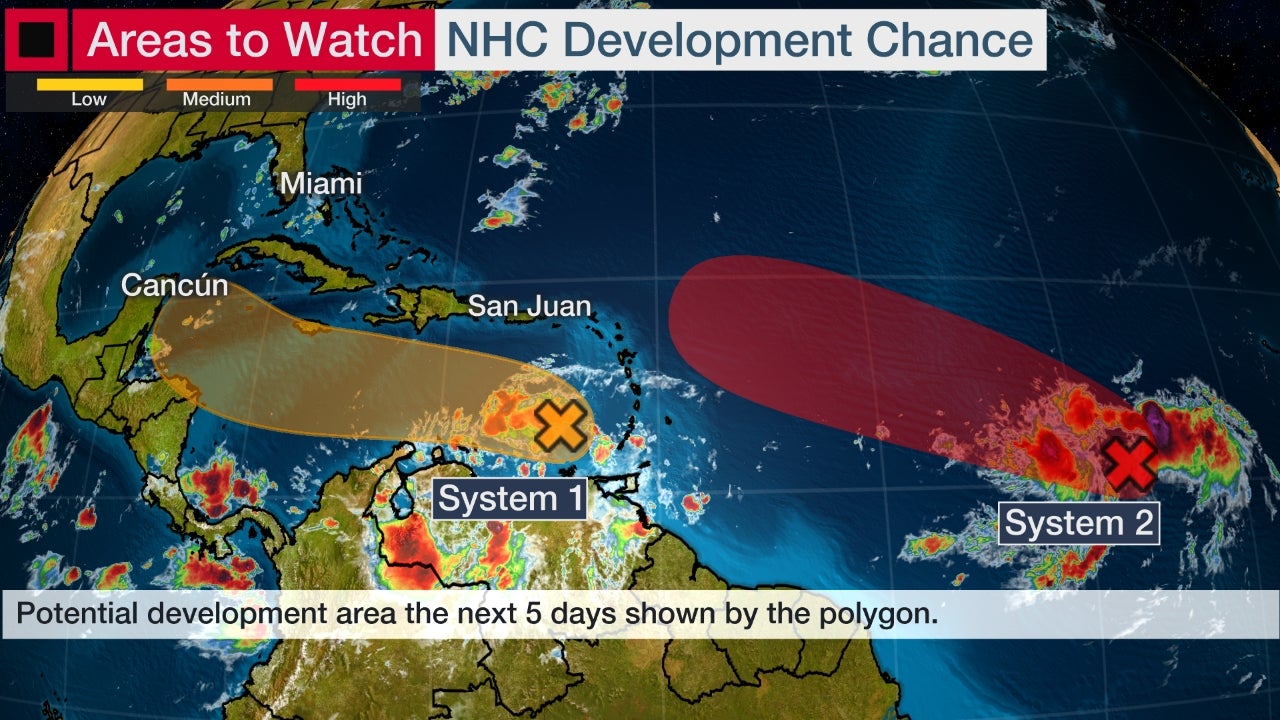 MIAMI — A broad area of low pressure about 1,000 miles west-southwest of the Cabo Verde Islands, which has been designated as Invest 98-L, is producing a concentrated area of showers and thundershowers, and environmental conditions are favorable for additional development, the National Hurricane Center reported in its 8 p.m. update.

The system might become a tropical depression within the next day or two while it moves west or northwest at 15 to 20 miles per hour.

The NHC gave the system a 90 percent chance of tropical development within the next 48 hours. Rainfall and gusty winds from this system may impact the Leeward Islands, including Puerto Rico, the U.S. and British Virgin Islands, by Friday or over the weekend.

It’s too soon to know what, if any, impacts this system might bring to other parts of the U.S. Virgin Islands or Puerto Rico.

It’s not unusual to be tracking multiple disturbances in the Atlantic for tropical development this time of year. Some of these disturbances form into tropical storms and hurricanes, but many others do not.

Tropical activity usually increases in the Atlantic by late August as oceanic and atmospheric conditions become most favorable for hurricane development. The peak activity occurs around September 10.

But climatology isn’t the only factor that favors an active period.

This MJO wave is expected to have its peak influence on the Atlantic in the final 10 days of the month before moving out of the Atlantic sometime in early September.

It is far too early to know where storms could form, or how many will form in this period, but we all should be prepared, especially going into the peak of hurricane season.