FORT HUNTER LIGGETT, Calif. — The 1st Battalion, 65th Infantry Regiment, also known as the Borinqueneers, is a Puerto Rico-based unit that, as of 2018, has been part of the California Army National Guard’s 79th Infantry Brigade Combat Team. But until six months ago, that relationship existed only on paper.

The 79th IBCT command, staff and units have been working towards training more closely with the 1-65th since the Puerto Rican battalion fell under the 79th’s command. Their hard work culminated in the 1-65th traveling to California’s Central Coast to train with the 79th IBCT and its six other battalions for a challenging annual training event that featured live-fire exercises and a brigade warfighter exercise at Fort Hunter Liggett and Camp Roberts, August 13 to 28.

The National Guard Bureau attached the 1-65th to the 79th as part of an Army directive to restructure the force as the Army moves away from smaller insurgency operations back to focusing on training for large-scale, near-peer adversaries.

Col. Richard Mifsud, the 79th IBCT commander, learned that the 1-65th would become the IBCT’s third infantry battalion upon taking command of the brigade. The name was immediately familiar to him, although the unit was from the island territory of Puerto Rico. He knew of the battalion because of a Hispanic Heritage Month event that took place during the 79th’s deployment to Kosovo in 2018.

To commemorate Hispanic Heritage month, Capt. Pamela Flores, an operational law judge advocate for the 79th IBCT, gave a briefing to the brigade’s staff and commanders on the 1-65th and its participation in World War II and the Korea War. Because of discriminatory practices, Puerto Rican Soldiers who had served during the era did not receive recognition for their service until June 10, 2014. On that day, the 1-65th became the first Hispanic unit to receive the Congressional Gold Medal. Because of the significance of the 1-65th and Flores’s connection to Puerto Rico, she was aware of the battalion but did not know it would soon become part of the 79th.

Once Mifsud was informed the 1-65th would become his seventh battalion, he was determined to make the association more than just on paper.

“Leader’s incorporate everyone,” said Mifsud. “It is an infantry brigade combat team – emphasis on team. We cannot work alone.”

In October 2019, members of the 79th IBCT, including Mifsud and Flores, traveled to Puerto Rico to meet with the Soldiers and leaders of the 1-65th and begin integrating the Puerto Rican battalion into the brigade. Mifsud invited the 1-65th to the upcoming warfighter exercise, and subsequently an eXportable Combat Training Capability (XCTC) exercise in 2021, and a Joint Readiness Training Center (JRTC) rotation in 2022.

Mifsud said ideally, he would like the 1-65th to train with the rest of the brigade as often as possible. “I’ll take every opportunity I can to train together, even if it is once a year, that is great.”

Mortarmen from the 1-65th had already gone to California to conduct live-fire training during a drill weekend. Still, annual training 2020 was a larger scale exercise and a better test of the new association.

“Like all the battalions, [the 1-65th] had a huge learning curve. It was pretty much the first time that the entire brigade was together in a long time. Everyone trying to work together was a challenge,” said Mifsud.

“The third battalion was always the ‘notional’ battalion. Now we have the 1-65th,” said Mifsud. He said having three infantry battalions in play added to the realism of the event. He no longer had to make the third battalion the reserve but could give each battalion separate objectives.

Training with the 79th IBCT also allows the 1-65th to get more hands-on training as infantry Soldiers. In Puerto Rico, the 1-65th administratively falls under a military police brigade and members often operate as MPs rather than infantrymen.

“They were really excited to be here and train with us,” said Mifsud. “This really gave the Soldiers confidence in performing infantry tasks. Part of that was the warfighter staff having to call for fire, plan out an attack, launch a defense, and be part of a combined arms rehearsal.”

The exercise allowed them to work with an infantry higher headquarters and other infantry battalions.

“We have been working directly with the brigade and sister units with a lot of systems that we have not been able to use in recent times,” said Maj. Mario Pineiro Miranda, the commander of the 1-65th. “We’ve gotten better acquainted with best practices and applying doctrine.”

While the Puerto Rican Soldiers come from an island over 3,400 miles away, they found more similarities in the California Guard than differences.

“We feel part of the family, and we have discovered family,” said Pineiro. “I found out that the JAG at the brigade went to the same high school as I did and was my chaplain.”

The Soldiers were also united by this year’s compounding state active-duty missions. Communities in California and Puerto Rico have been facing the combination of COVID-19 and natural disasters.

“In spite of the pandemic, ongoing earthquakes, fires, just to mention a few, the Puerto Rican Guard and now our sisters and brothers in the California National Guard are pretty resilient,” said Pineiro. “We are able to participate in multiple events in stride.”

During annual training, the Dolan wildfire was burning in California near Fort Hunter Liggett while Tropical Storm Josephine threatened Puerto Rico. Californians and Puerto Ricans continued to meet their training objectives despite knowing they might soon be called up to respond to ongoing emergencies.

Flores was overjoyed about the union of the 1-65th and 79th. “When I saw them, my heart just burst,” said Flores. “I never thought such a thing would be possible.”

She explained that just being around others that grew up in Puerto Rico gave her feelings of nostalgia. “It is funny. In seconds, you feel right back at home,” Flores said. “The shared language, the experiences, the cooking, and something as simple as coffee.”

Flores had stopped drinking coffee during annual training because it was too weak compared to Puerto Rican coffee. After the 1-65th Soldiers found out, they began supplying her with proper Puerto Rican coffee.“They went out of their way to bring me that,” said Flores. “Even though we are not related by blood, we are related by sharing where we are from.”

Across both formations, a sense of camaraderie was formed between the Soldiers.

“I’ve been experiencing great team-working and bonding between my Soldiers and California Soldiers,” said Pineiro.

The teamwork not only occurred in the tactical operations center where the warfighter was taking place but also at Camp Roberts where mortarmen of the 1-65th and 1st Squadron, 18th Cavalry Regiment, trained together for two weeks.

Spc. Javier Alvarado, a 1-65th mortarman, said that he had always enjoyed traveling and had liked California since attending the National Training Center in Fort Irwin, California.

“I’m just really glad that I came with this group of guys, especially the new sergeants. They know how to train really well,” said Alvarado. “Coming to California is always a good time.”

In Puerto Rico, firing mortars is more restrictive. “Over here we get more hands-on. I have never gotten to shoot the 120 mm before,” said Alvarado. Back home, they primarily fire the 80 mm mortars and often use training rounds.

The association between the 79th IBCT and 1-65th will continue to grow as the Puerto Rican unit joins the rest of the brigade for more large-scale exercises.

“I know this experience is going to excite the rest of the battalion that was not here this time that will be going to XCTC next summer,” Pineiro said. 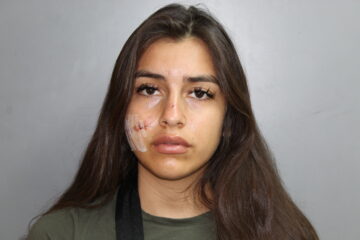 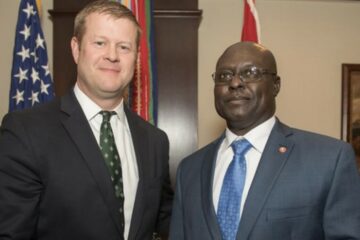 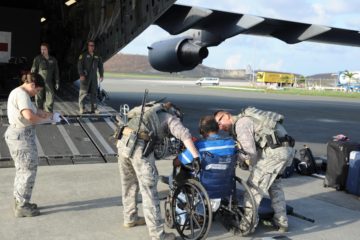 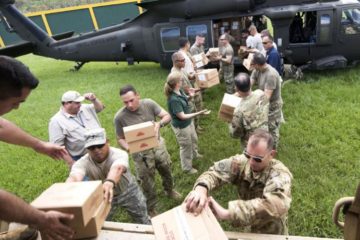