Leaving room for a talented Boriquen man with a ukulele on our neighbor’s island just 100 miles to the north.

The song has been viewed at least five thousand times on Twitter and has been retweeted at least two-hundred times, with one Twitter user adding, “I didn’t know this was a thing.” Bob also performed the song with a Virgin Islands flag draped in the background.

Established in 1964 by Governor Ralph Moses Paiewonsky, it honors Puerto Ricans who reside in or who have made substantial contributions to the Virgin Islands and serves as a unifying day for both jurisdictions, which have been barred from participating in U.S. presidental elections for over a century.

Paiewonsky served as the ninth unelected governor of the U.S. Virgin Islands before American citizens in the territory were granted the right to elect their own public officials in local elections.

A growing number of states have also opted to ignore Columbus Day and instead observe “Native American Day” or “Indigenous Peoples’ Day” to highlight the atrocities and lies spread by the famed explorer Christopher Columbus — with some historians describing him as, well, a scoundrel.

The second Monday in October marks a day when two U.S. territories in the Caribbean celebrate a shared, and oft revisited recounting of history.

The date was chosen to coincide with Columbus Day, as “an appropriate day for commemorating the solidarity of Americans in the Caribbean.”

The local holiday observes decades of friendship between Americans in both territory. 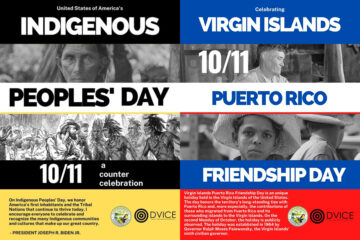 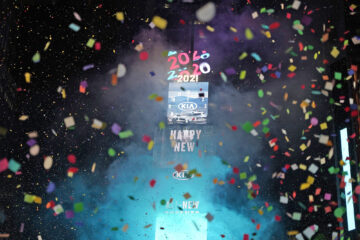