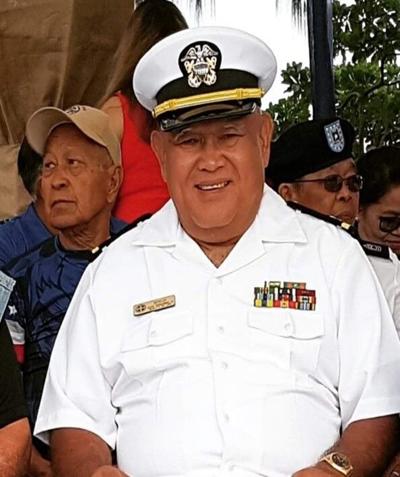 HAGATNA — Six U.S. citizens living in the U.S. Virgin Islands and Guam have filed a federal lawsuit challenging federal and state laws that deny them the right to vote for president and voting representation in Congress because they live in certain U.S. territories and in foreign countries.

Randy Reeves, an Air Force veteran, is the lead plaintiff in the lawsuit filed against the federal government. He lost his right to vote for president after the Federal Aviation Administration (FAA) assigned him to Guam.

Reeves contends he was able to vote when he was stationed decades ago in Germany and his colleagues have been allowed to vote by absentee ballot in the Commonwealth of the Northern Mariana Islands.

“Picking and choosing which citizens can vote for president based solely on where they happen to live is not just wrong, I believe it is unconstitutional,” stated Reeves.

The other plaintiffs who are residents of Guam are Ben Borja, Dr. Fred Schroder and Patricia “Patti” Arroyo Rodriguez.

Civil rights group Equally American, which advocates for equality and voting rights for Americans living in the U.S. territories, joined in the lawsuit.

“In a roller coaster year where the president and Congress are making life-and-death decisions related to COVID-19 and other critical issues, it is unjust and absurd that U.S. citizens in the territories have no voice in these fundamental issues simply because of where they live,” said Neil Weare, president and founder of Equally American. “Where you live shouldn’t cost you the right to vote.”

U.S. citizens who move to certain U.S. territories are treated unequally when it comes to being able to vote for president by absentee ballot.

Under the federal Uniformed and Overseas Citizens Absentee Voting Act and state overseas voting laws, former state residents who are now residents of the Northern Mariana Islands or a foreign country are able to continue voting for president and voting representation in Congress by absentee ballot in their former state of residence. But plaintiffs – each a former resident of Hawaii – have lost full enjoyment of their right to vote by virtue of living in Guam or the U.S. Virgin Islands, said Weare.

“I served 28 years in the U.S. Navy, leaving my family for months at a time to defend democracy and the Constitution,” said Ben Borja. “I’ve earned the right to vote, and I want to be able to see my children and grandchildren treated the same as any other U.S. citizen. Every citizen deserves the right to vote, wherever they happen to live.”

The plaintiffs in the U.S. Virgin Islands include Ravi Nagi and Laura Castillo Nagi, two attorneys who have raised their children in St. Thomas after moving there from Hawaii 15 years ago.

“People in Guam, the U.S. Virgin Islands and other territories have been unjustly treated as second-class citizens of the United States for far too long,” said TJ Quan, one of plaintiffs’ attorneys in the case, who grew up on Guam and now practices law in Hawaii. “So long as the U.S. flag flies over U.S. territories, residents of these communities should have a voice in the laws they are required to follow. As the residents of these territories continue to actively pursue self-determination, expanding voting rights is all the more critical.”

“Voting is a right, not a privilege,” said Vanessa Williams, co-counsel on Guam to the plaintiffs. “To truly form a more perfect Union, the U.S. must extend political participation to all of its citizens, wherever they live. Expanding voting rights on Guam is an important part of the broader struggle for the people of Guam to be able to determine our own destiny.”