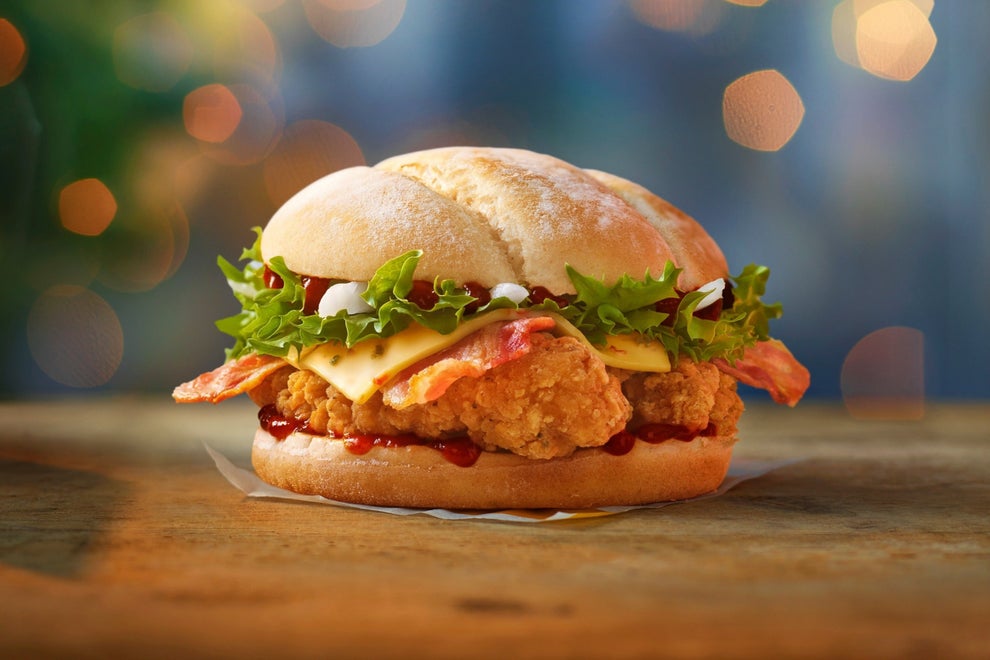 McDonald’s has a new “festive” menu.

Just in time for Thanksgiving and Christmas.

Sounds pretty festive, right? Except that …

… some are accusing the fast food giant of “cultural appropriation at its finest” over one of its new Christmas menu items.

On November 9, McDonald’s announced a new Jerk Chicken Sandwich for its festive menu, which also features a double Big Mac and a Celebrations McFlurry.

But it is the Jerk Chicken Sandwich that is stirring up the biggest pot of boiling trouble for the American-based corporation.

Is the fast food chain “McJerks” for riffing on the popular Jamaican food style?

Perhaps you would like to see a McJohnnyCake and an Egg McFrittata next?

While some have taken to social media to praise the new burger, others have lambasted McDonald’s, accusing them of “cultural appropriation.”

It is particularly controversial when members of a dominant culture appropriate from disadvantaged minority cultures.

Jerk chicken originates from Jamaica and is believed by historians to come from indigenous Taino people and Maroons — descendants of Africans who were enslaved in the Caribbean islands.

One person tweeted: “The more I think about it the more I’m bothered by the McDonald’s ‘jerk chicken’ attempt.

“It shows me one of two things: 1) They don’t care to respect the culture or 2) They have zero diversity on their team.”

Another person tweeted that there aren’t any McDonald’s in Jamaica … but there are. In fact, two-thirds of all of Mickey D’s revenues come from outside of America. There is even a McDonald’s going up in Ho Chi Minh City, Vietnam.

Another added: “Disrespect to the fullest. McDonald’s slapped a dead sauce on top of a crispy chicken and called it Jerk Chicken Sandwich, unreal.”

The new sandwich, costing about $6.00 in the states, features two crispy Chicken Selects topped with a spicy jerk sauce, bacon, pepper jack cheese, onion and lettuce in a sourdough bun.

The ingredients in a real jerk marinade are allspice — a dried unripe berry of the South American native plant Pimenta dioica — and Scotch bonnet peppers.

One Twitter user posted: “Tried the new McDonald’s ‘jerk chicken’ burger yesterday, and as a man of Caribbean descent, I can categorically confirm that two Chicken Selects with some of Levi roots reggae reggae sauce is in fact not jerk chicken at all.”

One woman on Facebook complained: “How is this jerk? Cultural appropriation yet again.”

But while the burger took criticism over claims of cultural appropriation, others praised the burger for its value and taste.

“Our Jerk Chicken Sandwich uses jerk seasoning in its spicy sauce,” McDonald’s said in a statement. “In the product description, we make it clear that the sauce is the jerk component of the sandwich.”

But St. Croix chef Steph Baugh-Wynn of Pinkbeard’s Biscuit Emporium said culinary wizards can create an homage to a particular culture or place without trampling on its rich history ,,, but stopped short of saying the fast food chain achieved that.

“I think a chef can absolutely pay homage to a dish from a culture other than their own,” Baugh-Wynn told the Virgin Islands Free Press. “Tasty food is tasty food, and everyone enjoys that. This, however, ignores both the spirit and flavor of the dish, as well as the culture from which it came, though “jerk chicken” is a widely known preparation. I still won’t go so far as to say this is cultural appropriation, because it is so widely known; this is merely a poorly conceptualized and executed menu item. Bad job, McDonalds.”