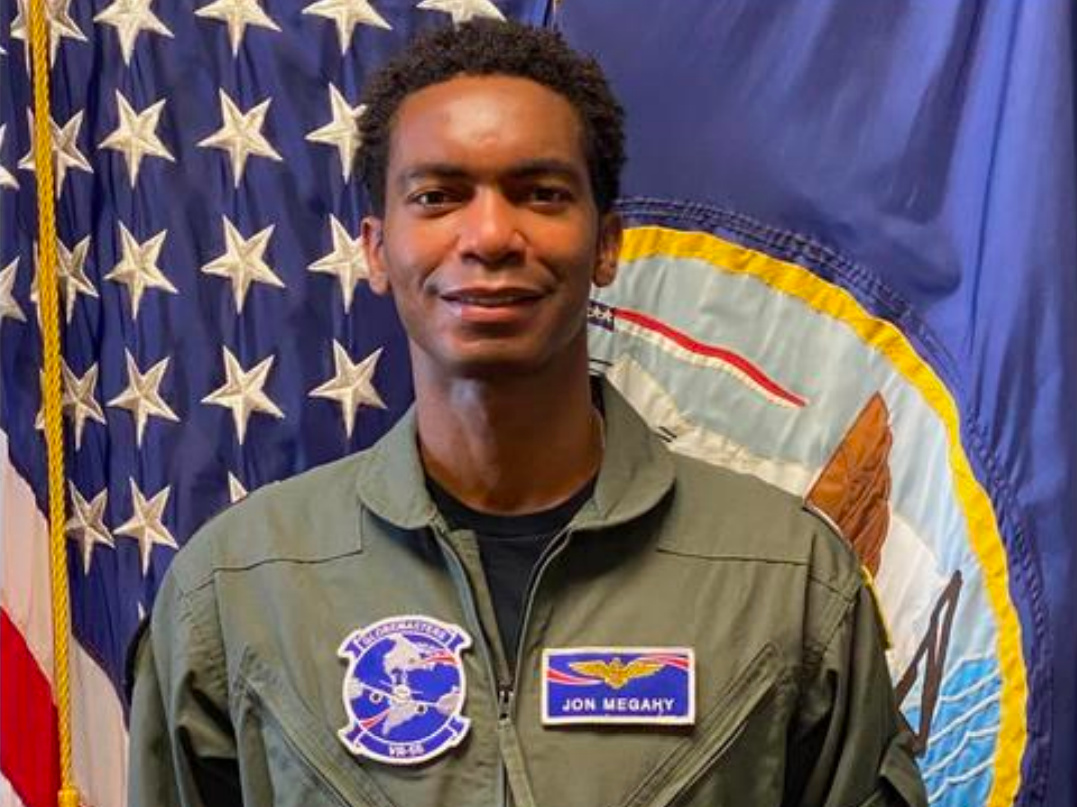 OCEANA, Virginia — St. Croix native Jon F. Megahy was recently sworn in as commander in the U.S. Navy at the Naval Air Station.

Megahy is also an Atlanta-based First Officer flying the Airbus A320 with Delta Air Lines.

Megahy’s parents are Leonard and Laureen Megahy. After graduation from Country Day School in 2000, he received a full Navy ROTC scholarship to attend the Georgia Institute of Technology, where he graduated with a degree in mechanical engineering.

He received his commission as a naval officer in December 2004 and was selected to begin Navy pilot training. He reported for preflight indoctrination in Pensacola, Fla., in June 2005, followed by primary flight training in Corpus Christi, Texas, flying the T-34C. From there, he was selected to fly helicopters and went to Milton, Fla., for advanced training in the TH-57, earning his “Wings of Gold” in January 2007.

Upon completing initial fleet training with the HS-10 “Warhawks” in September 2007, Megahy joined his first operational squadron at Naval Air Station North Island in San Diego, Calif. His squadron was attached to Carrier Air Wing Eleven and did multiple deployments with the USS Nimitz aircraft carrier battle group in support of Operation Enduring Freedom. He completed his tour as Quality Assurance Officer and head Post-Maintenance Check Pilot for the squadron, training other pilots on functional check-flight procedures and certifying aircraft as safe for flight.

After that assignment, Megahy reported for instructor duty in March 2011 at Naval Air Station Whiting field in Milton, Fla., flying the T-34C and teaching both U.S. and Allied students from a wide range of countries.

Megahy qualified as Formation Section Lead and Check Pilot in all syllabus areas, and was handpicked to be the NATOPS Officer for the Fixed Wing Instructor Training Unit.

His next assignment in March 2014 was overseas at Naval Support Activity, Bahrain, as a station pilot with the Fifth Fleet C-12 executive transport detachment, which transported U.S. and Allied VIPs, cargo and other passengers to locations all over the Middle East region. Megahy served as schedules officer and qualified as aircraft commander and instructor pilot.

Upon returning to the United States in June 2015, Megahy transitioned to the Navy Reserve, flying the C-40A at Naval Air Station Oceana in Virginia Beach, Va. He currently serves as Operations Department Executive Assistant and holds both Aircraft Commander and Initial Operating Experience Instructor qualifications. He has participated in numerous youth outreach events over the years as a member of the Organization of Black Aerospace Professionals, to include ACE Academy aviation summer camps on both St. Croix and St. Thomas.