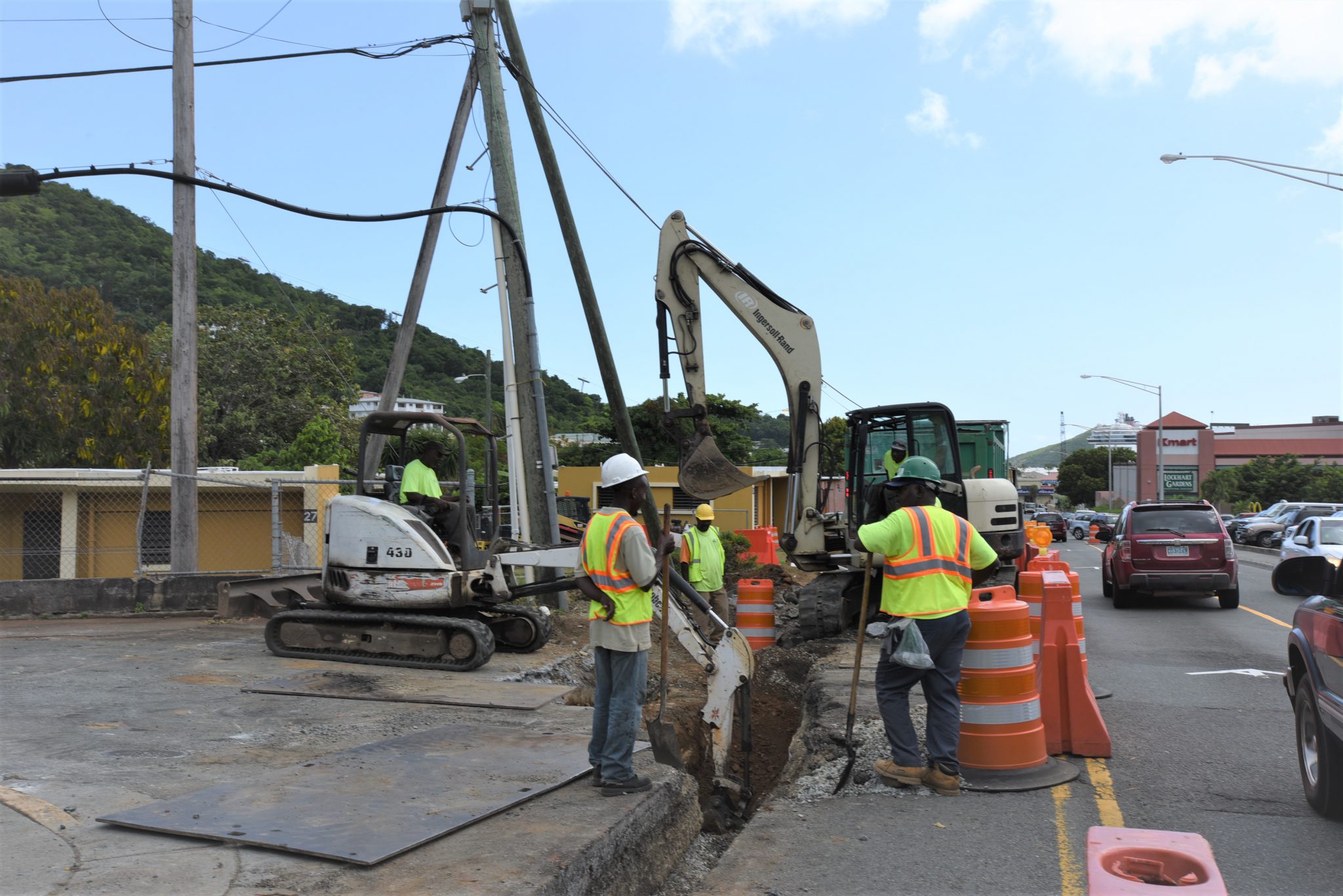 CHARLOTTE AMALIE — The Public Works Department has issued a stop work order on a project being performed on behalf of Liberty Communications USVI by construction contractor Bermudez, Longo, Diaz-Masso, LLC.

Virgin Islands Public Works Commissioner Derek Gabriel sent a letter to Liberty Communications of Puerto Rico Chief Executive Officer Naji Khoury, saying that “over the past two weekends, the department has been inundated by several reports of unsatisfactory and unsafe work in both the St. Croix and St. Thomas-St. John districts.”

“Most notably are the inadequate striping, performed by Lineas de Puerto Rico, Inc., in Christiansted on St. Croix, and unsafe driving conditions, mostly in the westbound lane of Route 33 between the Four Corners intersection and the Estate Hope/Pearl intersection,” on St. Thomas,” Gabriel said.

“While we have made every effort to coordinate with the contractors on this project regarding the department’s expectations of traffic control and safety measures, there still seems to be a clear divide between the two parties,” Gabriel added. “At this time, I believe the prudent thing to do is to stop all work on this project for the safety of our residents. Before we allow for the contractors to re-start operations, we need assurances that this kind of irresponsible work will not happen again.”

The stop work order allows for necessary emergency repairs to improve the unsafe road conditions, according to the news release.

Customers in the territory have also been reporting service issues such as dropped calls, roaming charges and throttled data speeds.

A spokesperson for Liberty did not respond to a request for comment by press time.