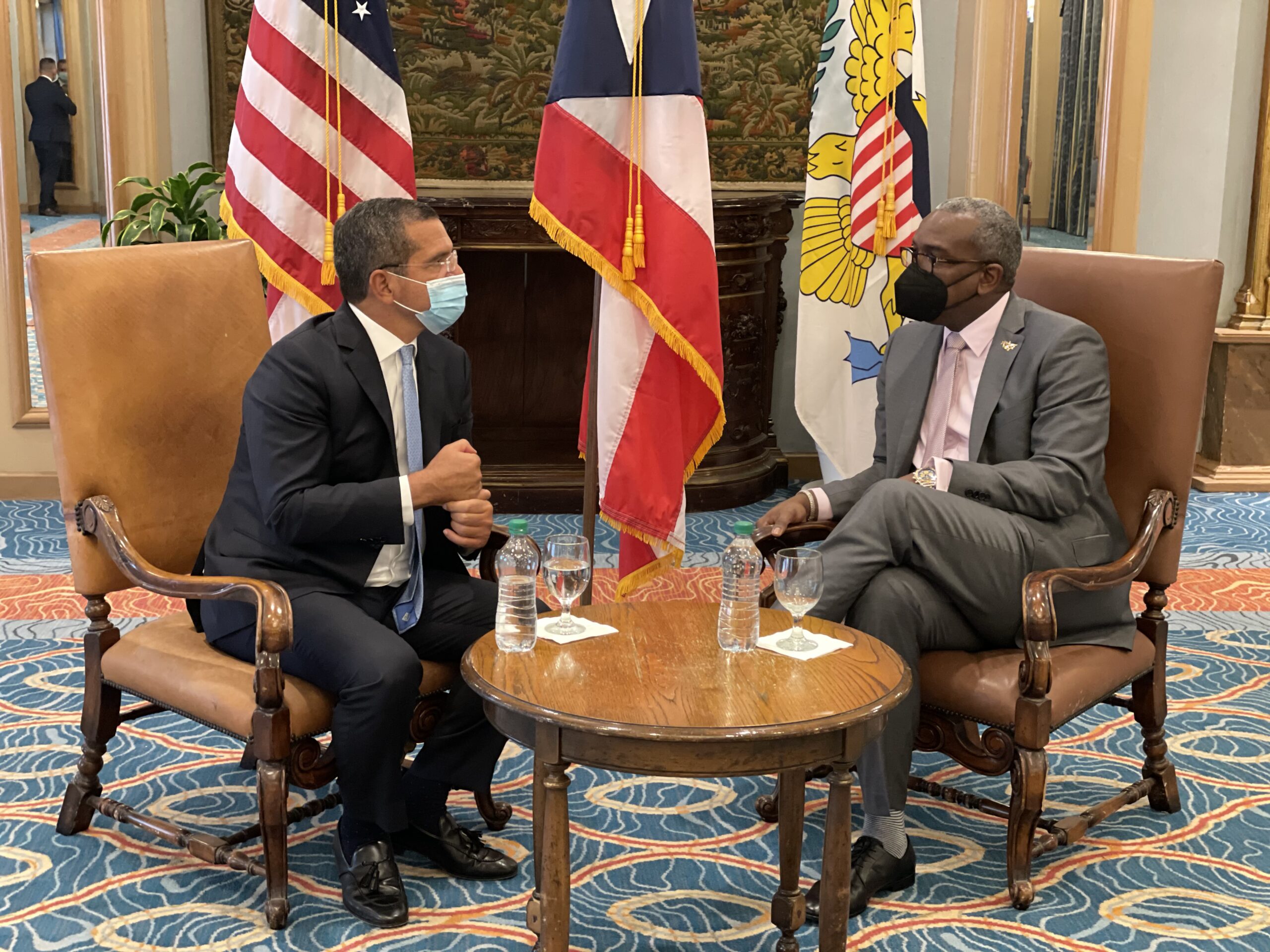 SAN JUAN — Governor Albert Bryan said he attended the first-ever Blue Tide Caribbean Summit in Puerto Rico today because he wants to grow the “blue economy” in the territory..

“In the USVI, we have traditionally governed and operated with our back to the water. However, we have an opportunity now, as we work to diversify our economy, to take full advantage of what our marine ecosystem has to offer.” Bryan allowed.

The governor pointed to the increase in vessels registered in the territory during the pandemic as one indicator of the tremendous economic potential that exists in the marine industry and noted recent investments, including the development of an agribusiness aquaponics center on St. Croix as examples of the administration laying the groundwork for a blue economy.

During today’s summit, Bryan met with Puerto Rico Governor Pedro Pierluisi to discuss partnership opportunities and shared strategies on how Puerto Rico and the U.S. Virgin Islands can lead eco-responsible business innovations in the region. The governors also talked about export services, technology, products, and knowledge in Blue Economy Solutions that could translate into millions annually for the islands.

Today’s summit comes less than a week after Bryan joined a delegation of Virgin Islands Senators led by Senator Kenneth Gittens for a series of meetings in Florida aimed at expanding the transportation and distribution industry in the U.S. Virgin Islands.

Before returning to the territory tomorrow, Bryan will meet with the Executive Director of the VA Caribbean Healthcare System at the Veterans Affairs Hospital in San Juan.