Globally, FDI dropped by 35 percent in 2020 to approximately $1 trillion dollars, which represents the lowest since 2005. Latin America and the Caribbean have experienced a downward trend since 2013, which has spotlighted the relationship between FDI flows and commodity price cycles, mainly in South America, according to comments on the report from Alicia Bárcena, the UN’s regional organization Executive Secretary.

The report suggests that in the current international context, global FDI flows will recover slowly, and the search for assets in sectors considered strategic for international recovery, and plans to transform the productive structure (in such fields as infrastructure, the health industry, digital economy), indicates most of these operations will be centered in Europe, North America and some countries in Asia.

For Latin America and the Caribbean, FDI projects experienced a rebound between September 2020 and February 2021. However from that month to May 2021, it appears that a new drop occurred. “In this scenario, it is difficult to imagine FDI inflows into the region could increase by more than 5% in 2021,” ECLAC’s report states.

“FDI has made relevant contributions in Latin America and the Caribbean, but there are no elements indicating that in the last decade it has contributed to significant changes in the region’s productive structure or that it has served as a catalyst for transforming the productive development model. Today, the challenge is greater due to the characteristics and magnitude of the economic and health crisis. We need to channel FDI towards activities that generate greater productivity, innovation and technology,” Alicia Bárcena said.

Eight strategic sectors to drive a big push for sustainability in the region have been identified. These sectors – which could be bolstered by FDI – are the transition to renewable energy; sustainable electro-mobility in cities; an inclusive digital revolution; health-care industry; the bio-economy; the care economy; the circular economy; and sustainable tourism.

The report indicates that FDI increased in only five of the region’s countries in 2020: the Bahamas and Barbados in the Caribbean; Ecuador and Paraguay in South America; and Mexico, which is the second-biggest recipient in the region after Brazil. The natural resources and manufacturing sectors, with declines of 47% and 38%, respectively, were the hardest hit in 2020. Renewable energy held steady as the sector in the region that sparks the most interest among foreign investors.

In 2020, the United States increased its participation in the region’s FDI from 27% to 37%, amid a sharp decline for Europe (which fell from 51% to 38%) and Latin America (which went from 10% to 6%). “The smaller decline of the United States as a source of FDI is due mainly to the increase in that country’s investments in Brazil in 2020. In contrast, the inflows from the two European countries that had the most investments in Brazil – the Netherlands and Luxembourg – fell between 2020 and 2019, which led to Europe having less weight as an investor,” the document states.

In 2020, the flows of Latin American transnational enterprises (known as trans-Latins) also plunged (73%), although with a sharp diversity: Chile and Mexico showed an increase in FDI flows abroad, but Argentina, Brazil, Colombia and Panama recorded setbacks.

“In addition to maintaining emergency aid for the most vulnerable sectors of the population and smaller companies, the region’s countries should set in motion strategic plans both for reactivation and the transformation of production. Governments and the private sector should use their capacities so that the policy for attracting foreign capital becomes part of industrial policy and as an instrument for transforming the productive structure,” Bárcena emphasized.

Another chapter of the report, “Chinese investment in a changing world: repercussions for the region,” states that “Latin America and the Caribbean’s process for recovering from the COVID-19 pandemic is an opportunity to start a new phase in its economic relations with China and to develop policies to ensure that investments from Beijing contribute to building productive capacities in receiving countries, creating jobs and promoting sustainable development. Multilateralism must be part of this strategic approach.”

As to “Investment strategies in the digital age,” the model displayed includes three dimensions (connected economy, digital economy and digitized economy) and addresses numerous challenges related to inclusion, innovation, regulation and taxation, among other issues.

“FDI can contribute to the digital transformation in Latin America and the Caribbean, but if the structural characteristics of the region’s economies are not taken into account or remain unchanged, digitalization could widen existing gaps and produce greater exclusion and distributive inequality”, concludes the annual report. 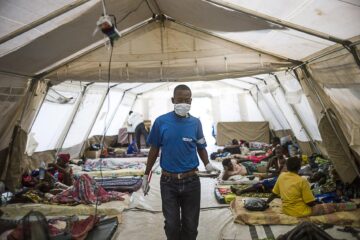 Income Level Alone Should Not Determine How Much Benefit Aid A Country Receives: OP-ED Piece 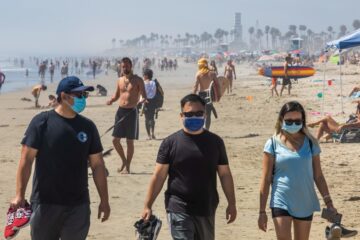 Caribbean Will See Positive Growth In 2021, But Not Return To Pre-Pandemic Levels of Economic Activity 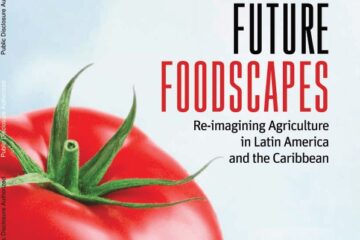 Agriculture At A Crossroads In Caribbean And Latin America: World Bank Study