SAN JUAN — The Coast Guard returned 71 migrants, 56 Haitians and 15 Dominicans, between Sunday and Wednesday to the Dominican Republic, following the interdiction of five illegal voyages in Mona Passage waters in the Caribbean.

Six other men, Dominican Republic nationals apprehended during these interdictions, are facing federal criminal prosecution in Puerto Rico on migrant smuggling charges. The United States Attorney’s Office for the District of Puerto Rico is leading the prosecution in this case.

“Our Coast Guard men and women remain vigilant working alongside our Caribbean Border Interagency Group partner agencies to stop illegal migrant voyages in the Mona Passage,” said Cmdr. Beau Powers, Sector San Juan chief of response. These voyages dangerous, and we urge anyone considering taking part in one that they not take to the sea, they will be putting their life at risk aboard unseaworthy and grossly overloaded vessels, and if caught, they may face prosecution for migrating illegally to the United States.”

Once aboard a Coast Guard cutter, all migrants receive food, water, shelter and basic medical attention. Throughout the interdiction, Coast Guard crew members were equipped with personal protective equipment to minimize potential exposure to any possible case of COVID-19. 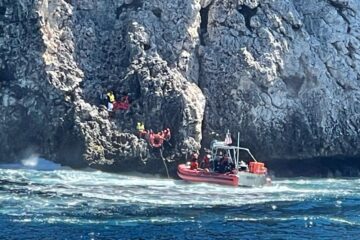 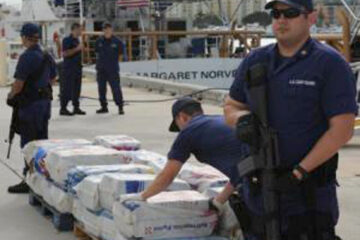