CHARLOTTE AMALIE — A Nevada man who straw purchased guns — including a machine gun and a Glock — was given nearly two years in prison by a federal judge in St. Thomas, authorities said.

According to court documents, on April 16, 2016, Kelly purchased two firearms, a Romarm/Century Arms Draco caliber 7.62x39mm and a Glock Model 22 pistol 40 caliber S&W, from a firearms dealer in Las Vegas. While purchasing the firearms, Kelly completed ATF Form 4473 for the purchase.

On April 25, 2016, Kelly purchased two additional firearms, a Glock Model 22 pistol 40 caliber S&W and a Glock Model 22 pistol 40 caliber S&W, from another firearms dealer in Las Vegas and again filled out and signed the ATF Form 4473 for his purchase. In the form, Kelly stated that he was the actual buyer and was not purchasing the firearms for another person.

After purchasing the firearms, Kelly provided the firearms to Naeem Smith, who paid him another $1,800.00 for the purchase.

2 Hostages Have Been Released In Haiti, Group Says 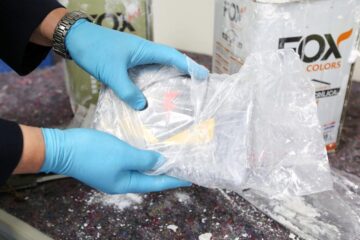