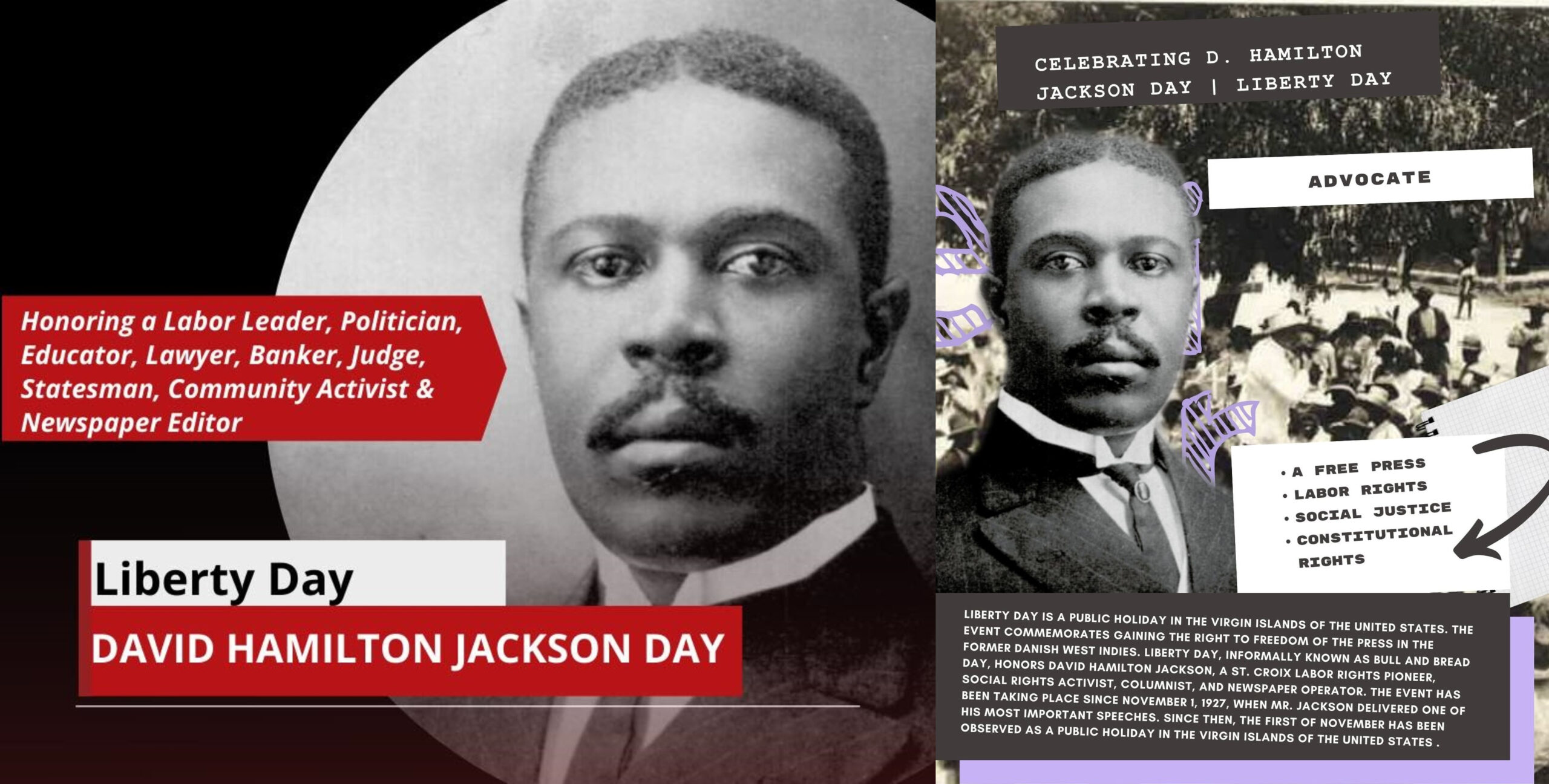 “In celebration of Liberty Day, we recognize the legacy and impact of David Hamilton Jackson on the U.S. Virgin Islands. As a trailblazer, he spent his life advocating for the rights and civil liberties of the people of the territory,” Roach said in a prepared statement.

“We honor him and his vast achievements that are a profound part of our history,” Roach said, adding that “in a time of oppression, Jackson displayed both courage and valor in leading the fight against unfair labor conditions and inadequate wages.”

“He was successful in establishing the first labor union, through which he gave workers a voice, and a means to exert more economic influence,” Roach said.