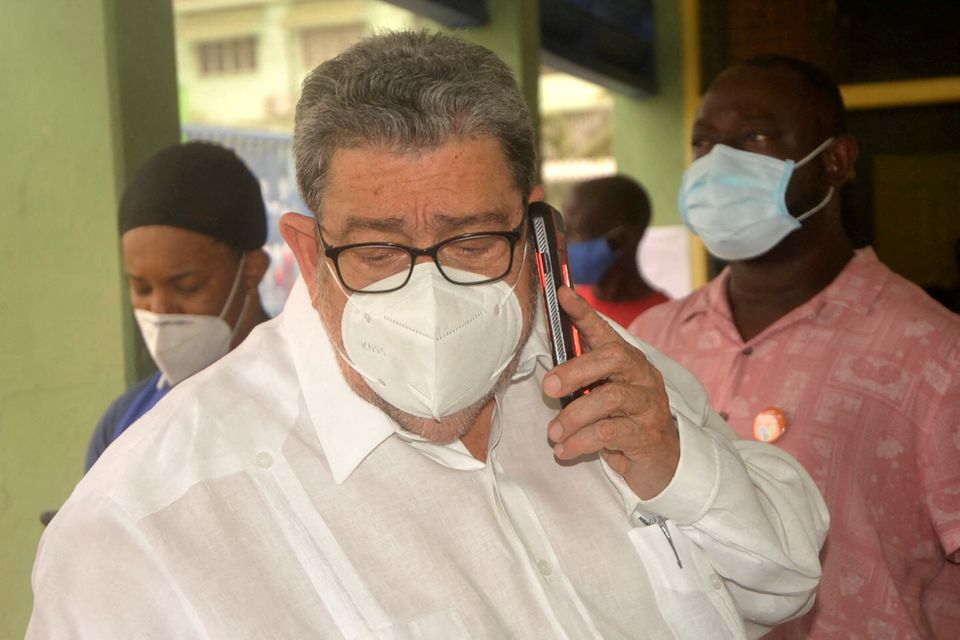 KINGSTOWN — St. Vincent and the Grenadines will not be able to manage the growing impact of climate change without the assistance of multilateral lenders, the prime minister said in an interview.

Unusually heavy rains added to destruction wrought by a series of volcanic eruptions this year, forcing the relocation of 20,000 of the country’s 110,000 inhabitants, Prime Minister Ralph Gonsalves told Reuters.

Shifting weather patterns between 2010 and 2015 caused damage equivalent an entire year’s GDP — close to $800 million — to St. Vincent and the Grenadines, a chain of 32 islands in the eastern Caribbean.

“We have had to repair, rebuild dozens of bridges, hundreds of houses. I mean, it’s a tremendous loss,” said Gonsalves in the capital Kingstown last week, referring to unusual weather patterns in recent years.

“We just can’t cope with climate change unless we get multilateral assistance.”

Eruptions at the La Soufriere volcano in April, which covered buildings and cars with a thick layer of ash, were immediately followed by torrential rains, requiring some residents to be permanently evacuated due to the risk that rivers may shift course.

“Things have been so devastating to the 20,000 persons who had to leave the river to evacuate,” said Gonsalves. “We still have to be providing social safety net support for them.”

The World Bank in April provided $20 million to help the response to the eruptions.

At the U.N. Climate Change Conference in Glasgow last month, rich nations targeted providing $100 billion annually in climate financing for developing nations, a pledge they have not been able to keep in the past.

“That hundred billion dollars is not enough … because it is the world’s less developed countries you’re talking about and the amount of the spoilage is phenomenal,” he said.