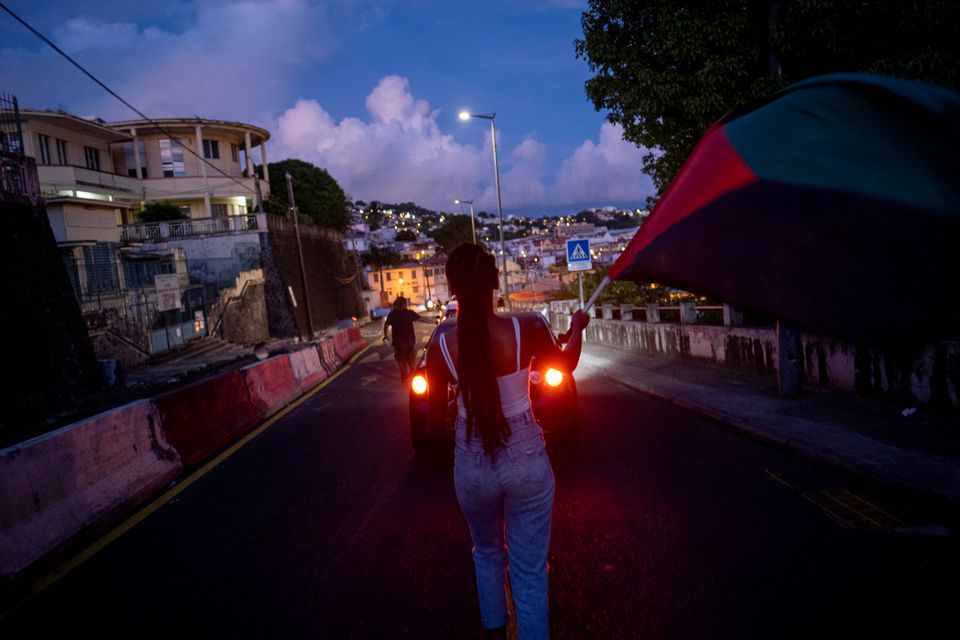 BASSE-TERRE — One police officer was injured and police faced gunfire during a night of civil unrest over COVID-19 restrictions in Guadeloupe, a French overseas territory in the Caribbean, the island’s local authority said on Friday.

Shops were vandalized and there were attempted robberies during the unrest, focused on Guadeloupe’s largest urban center, Pointe-a-Pitre, the authority said.

Police moved in at dawn to clear blockades set up by protesters.

An 8 p.m. to 5 a.m. curfew has been in force since Jan. 10 in Guadeloupe, where the vaccination rate is much lower than in mainland France, as the island grapples with a new wave of the pandemic fuelled by the Omicron variant.

The curbs in Guadeloupe are in contrast to mainland France, where Prime Minister Jean Castex has announced a loosening of COVID curbs next month, despite the number of daily new infections being at a record level.

In Guadeloupe there has been mistrust of the French government’s handling of health crises since the 1970s when many islanders were exposed to toxic pesticides used in banana plantations.

The French government said in November that it was open to discussing autonomy for Guadeloupe if it were in the interest of the people who live there.