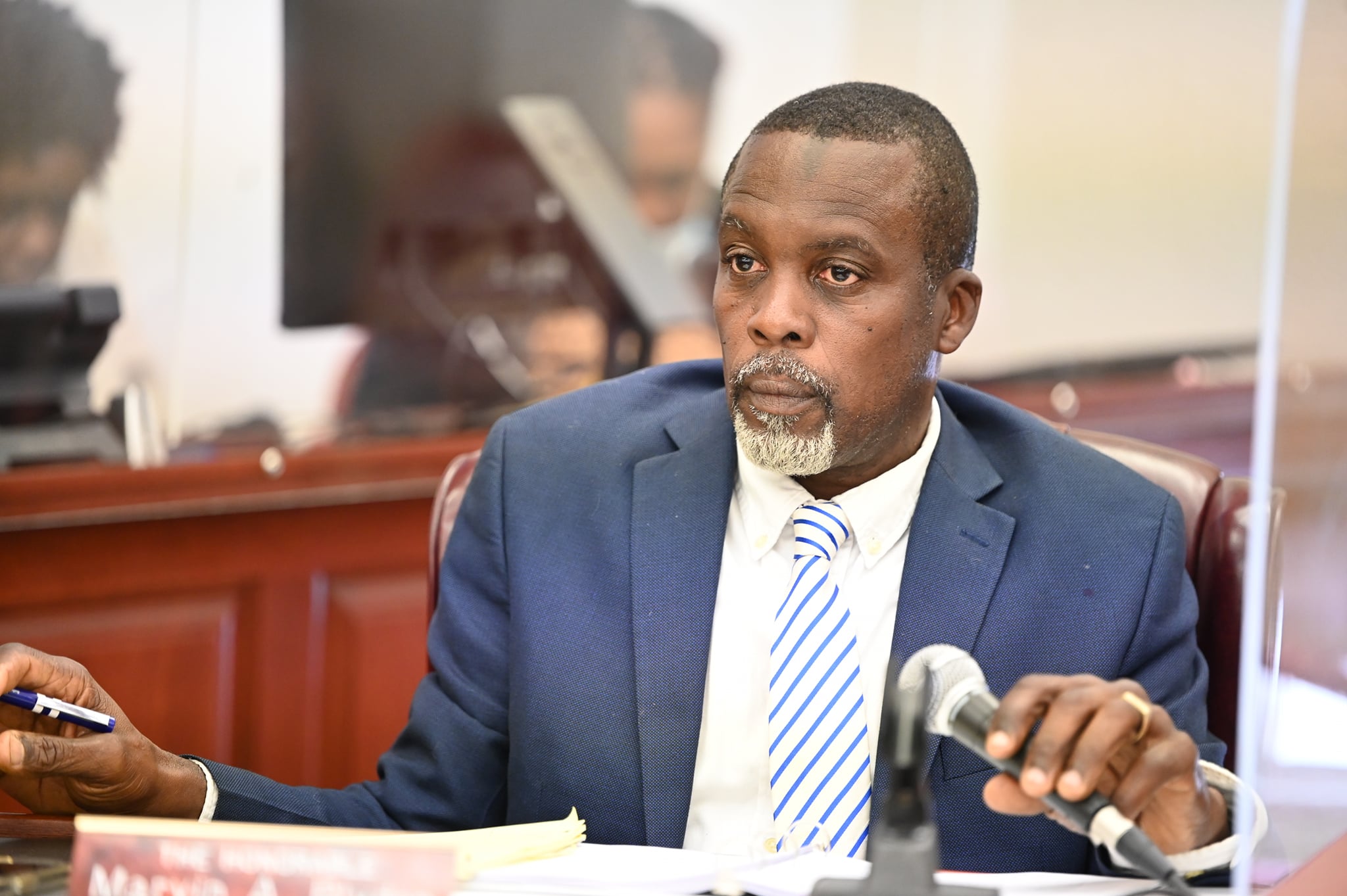 CHARLOTTE AMALIE — Members of the Committee on Housing, Transportation, and Telecommunications, led by Senator Marvin A. Blyden, met at the Earle B. Ottley Legislative Chambers in St. Thomas to discuss the status of Housing, Housing Opportunities, Home Ownership opportunities, the status of the First-time Homebuyers Program Act No. 8465, and plans for the future of housing in the Virgin Islands.

In block one, Lydia Pelle, the COO of the Virgin Islands Housing Authority, who testified on behalf of Executive Director Robert Graham, gave testimony. In her testimony, Ms. Pelle stated that many initiatives were being undertaken to update and increase housing stock in the territory. She stated that before the hurricanes of 2017, it was determined that there was a housing shortage of approximately 5,000 units.

Over 1/3 of public housing units in the territory are obsolete, vacant, and will be replaced. An unmet housing need of about 6,000 units currently exists in the territory. Pelle stated that the Housing Authority hopes to update the housing stock in the territory, hoping to deliver about 300 new units a year for the next 10 years. A housing voucher program in the VIHA has a budget of about $15 million that has 2,047 families. About 1,490 families receive housing assistance, for a 73 percent occupancy rate.

A major issue that exists in the territory is the lack of vacant units for lease. The VIHA reported that about 400 out of 1,500 families in the Housing Voucher Program have requested rent changes due to loss of income. The Authority also reported that no public housing or leaseholders have been evicted for non-payment. There are 24 housing developments within VIHA, that are then grouped into 12 asset management properties.

A total of 2,954 units are currently available. four communities are currently non-viable, The Estate Tutu Apartments, Ludvig Harrigan Court, JFK, and Williams Delight Villas. Several opportunities are being taken to improve the overall look of housing communities, especially when it comes to curb appeal, exterior lighting, and outdoor space. Senator Alma Francis Heyliger voiced some concern over the maintenance of the housing communities as well as the proposal to increase the housing stock.

Dayna Clendenin, the Interim Executive Director of the Virgin Islands Housing Finance Authority also presented testimony. Since the inception of the VIHFA, 700 units at 22 developments have been completed, and sold almost 400 lots in the territory. Director Clendenin stated that the supply of housing stock has not kept up with the demand, which was further stressed by the 2017 hurricanes.

The VIHFA has a housing plan, which is updated every three years. Emergency housing units in the territory were severely impacted by the 2017 hurricanes. The stock is currently being repaired and updated. Director Clendenin also spoke of the construction of various new housing construction in the territory. The authority maintains a listing of clients who have successfully met prequalification standards and who are ready to obtain their property.

Director Clendenin also stated that there are currently 386 mortgage ready applications, with 252 in the St. Thomas- St. John District and 134 in the St. Croix district. Homeownership staff constantly communicate with these applicants to prepare them for purchase readiness. The Homebuyers Education Program, also known as the Pre-Purchase Program, is also maintained by the authority, which guides first time owners in the process to homeownership.

In block two, testimony was heard regarding housing stability and plans to address homelessness in the Virgin Islands. Shelby Gaddy, the Executive Director of Legal Services of the Virgin Islands, spoke of the numerous services that are available to residents of the Virgin Islands. Since March 2020, the beginning of the pandemic, the agency has been focusing on providing emergency advocacy for those who have faced eviction and foreclosure due to the impact of COVID19.

Since March 2020, LSVI has handled 198 cases, with 108 in St. Croix and 90 in St. Thomas. Erma Chase, the executive director of the Methodist Training & Outreach Center, also known as Meeting the Needs of the Community provided additional territory about homelessness in the territory, stating that the fight to end homelessness was an uphill battle, stating that the cooperation of several agencies and people would be needed.

The MTOC served a total of 36 veterans during the 2020-2021 year through the Supportive Services for Veterans and Families program. 28 families were serves through the Housing Opportunities for Persons living with HIV/AIDS. 5 for the transitional housing and 8 for the single room occupancy. MTOC has mentioned that through their monthly program, over 12,000 hot meals were provided and have assisted 620 families.

Andrea Shillingford, The Executive Director of Catholic Charities of the Virgin Islands, also gave testimony with regards to homelessness in the territory. Director Shillingford stated that the pandemic has not led to the charities closing. 113,828 meals were served and 9,205 of shelter were provided. 716 individuals received assistance through programs provided by Catholic Charities.

The agency has worked with the VIHFA as an intake center of the Emergency Rental Assistance Program. Over 200 applications have been submitted. According to Shillingford, several housing programs are operated via Catholic Charities, such as Bethlehem House, which as a capacity of 40 beds. However, all beds have not been able to be used, with the male section at capacity. St. Theresa of Calcutta House of Hope on St. Croix provides a transition housing program which has 11 fully furnished studio apartments.

Catholic Charities of the Virgin Islands received funding through a Community Development Block Grant for construction of Emergency Shelters on St. Thomas and St. Croix, and construction will begin shortly. Director Shillingford stated that housing displacement, or couch surfing has become very normal in the US Virgin Islands. Another major concern is that a substantial portion of the residential rental supply has been converted from full time tenancy to short term Airbnb rentals.