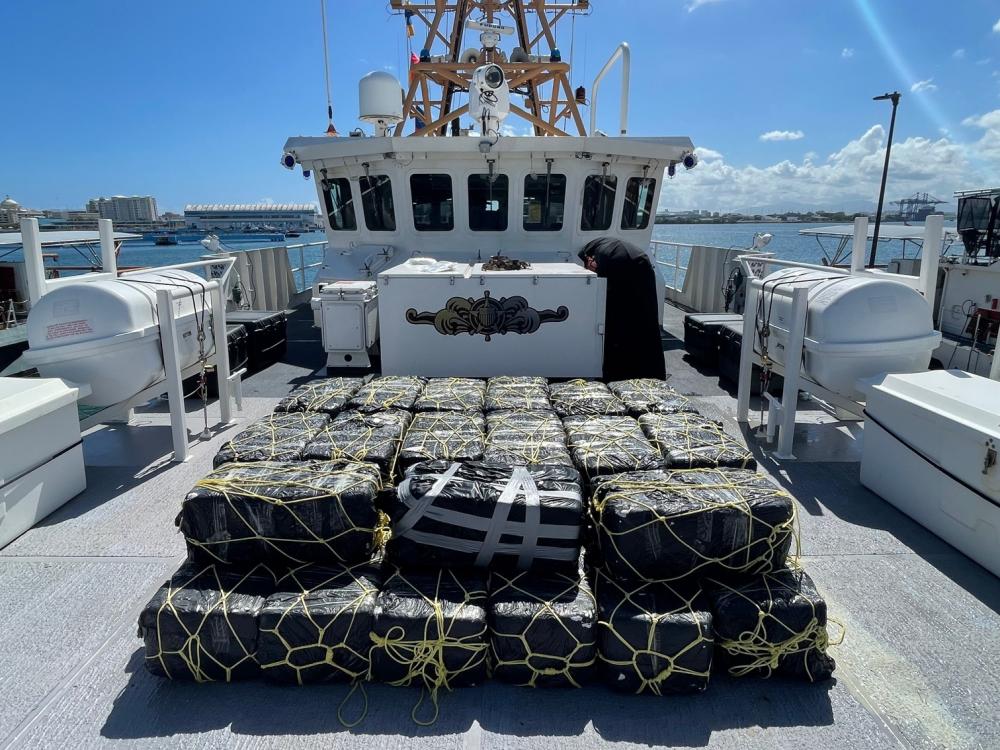 CHRISTIANSTED — Three more members of a Venezuelan fishing boat — including the vessel’s captain — have pleaded guilty to their roles in smuggling 124 pounds of cocaine to St. Croix.

The two jettisoned bales contained packages with brick-shaped objects which were subsequently laboratory tested and found to contain approximately 49 kilograms of cocaine hydrocholoride.

After requesting and receiving permission to stop the vessel from the Venezuela, the
flag state, USCG personnel attempted a right-of-visit boarding which was ineffective as the crew of the La Gran Tormenta disregarded the USCG’s instructions. Shortly thereafter, USCG personnel obtained control of the La Gran Tormenta through use of an entanglement tactics which disabled the vessel’s engine.

A USCG counter-drug boarding team later encountered 11 persons, including the defendants. Anyelo was the captain of the vessel.

Sentencing hearings have been scheduled for October 27, 2022, and October 28, 2022,
for the defendants. For their convictions, they face a mandatory minimum sentence of 10 years in prison. A federal district court judge will determine any sentence after considering the U.S. Sentencing Guidelines and other statutory factors.