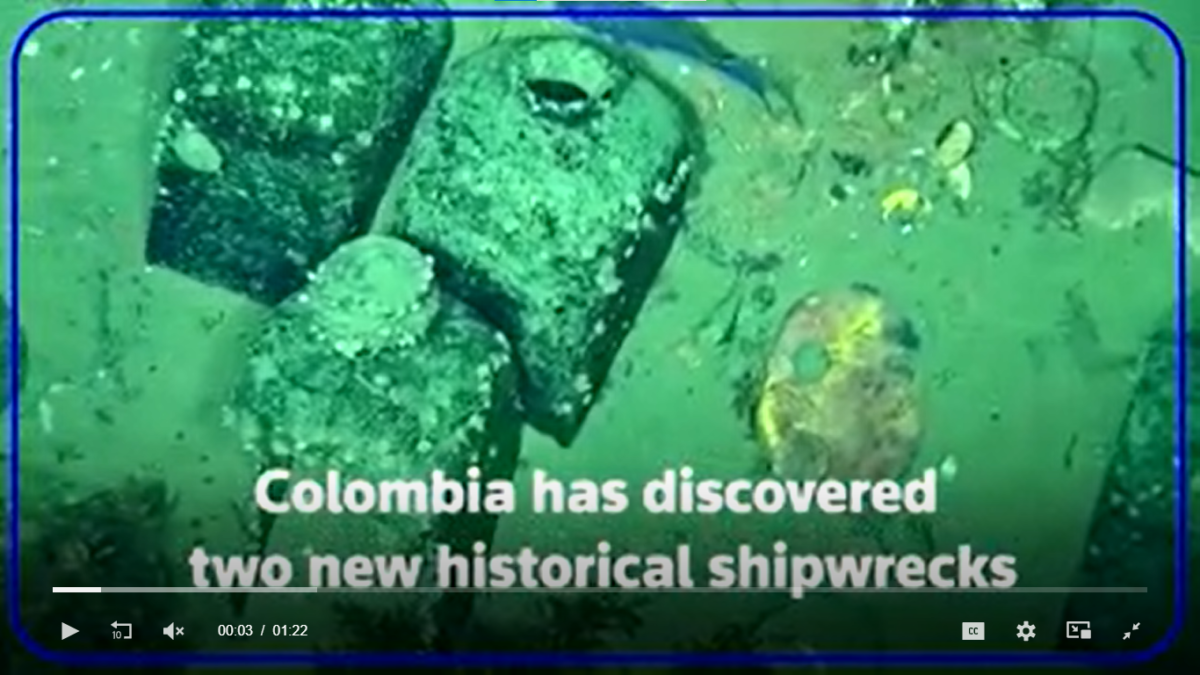 The San Jose galleon, thought by historians to be carrying treasure that would be worth billions of dollars, sank in 1708 near Colombia’s Caribbean port of Cartagena.

Its potential recovery has been the subject of decades of litigation.

The vehicle also discovered two other nearby wrecks – a colonial boat and a schooner thought to be from around the same period as Colombia’s war for independence from Spain, some 200 years ago.

“We now have two other discoveries in the same area, that show other options for archaeological exploration,” navy commander Admiral Gabriel Perez said. “So the work is just beginning.”

The images offer the best-yet view of the treasure that was aboard the San Jose – including gold ingots and coins, cannons made in Seville in 1655 and an intact Chinese dinner service.

Archaeologists from the navy and government are working to determine the origin of the plates based on inscriptions, the officials said.

“The idea is to recover it and to have sustainable financing mechanisms for future extractions,” President Ivan Duque said. “In this way we protect the treasure, the patrimony of the San Jose galleon.”

The two shipwrecks were discovered near the ruins of the famous San José galleon, sunk off the coast of Cartagena, Colombia, more than 300 years ago, according to that country’s naval officials.

Colombian authorities also released new footage of the San José wreckage, which the government says was discovered in 2015 and which is often described as the “holy grail” of shipwrecks.

The footage was taken during four observation missions by the Colombian navy, using a remotely operated vehicle sent to a depth of some 3,100 feet off the country’s Caribbean coast. The eerie blue-and-green images show gold coins, pottery and intact porcelain cups scattered on the seafloor.