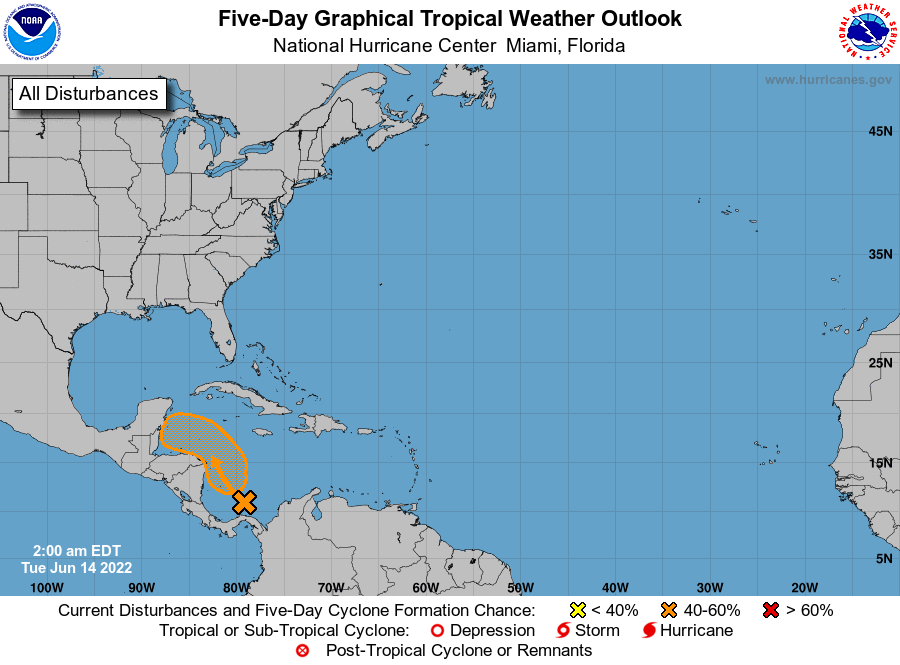 MIAMI — The National Hurricane Center is monitoring an area of low pressure in the Caribbean Sea, along with four tropical waves in the Atlantic basin.

“An area of low pressure is expected to develop by the middle part of this week over the southwestern Caribbean Sea,” the NHC said. “Some slow development of this system is possible while it drifts generally northwestward off the coasts of Nicaragua and Honduras.”

The hurricane center listed a 20 percent chance of a tropical depression forming from the system over the next five days.

For the North Atlantic…Caribbean Sea and the Gulf of Mexico:

Gradual development of this system is possible while it drifts northwestward near the coasts of Nicaragua and Honduras, and it could become a tropical depression late this week if the disturbance remains over water.

Regardless of development, this system could produce periods of heavy rainfall across portions of eastern Nicaragua and eastern Honduras late this week.

It formed from the remnants of the first Pacific storm of the season, Hurricane Agatha.

The Hurricane Center also is keeping an eye on two systems in the eastern Pacific.