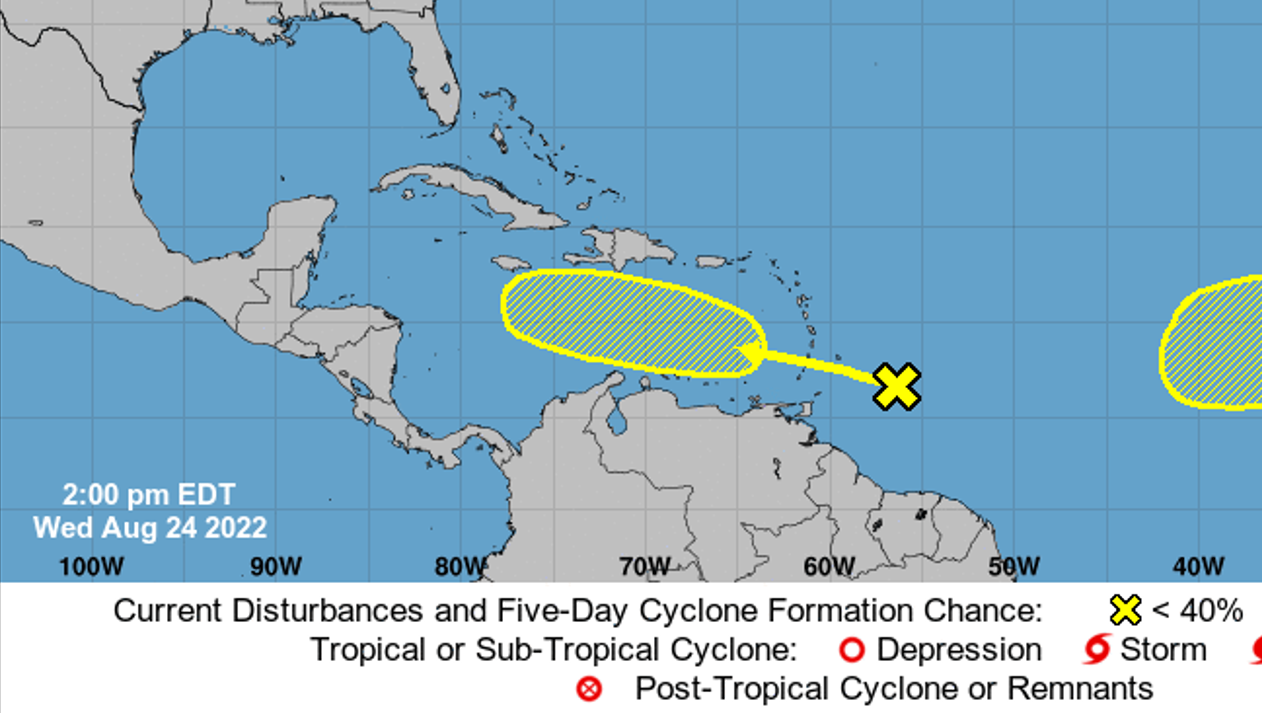 MIAMI — A disturbance nearing the Caribbean Sea today could see some more development in the next few days. Forecasters are also eyeing a tropical wave expected to move off the coast of Africa soon.

The National Hurricane Center said both systems have a zero percent chance of formation in the next 48 hours and a low 20 percent chance of formation through the next five days. The disturbance near the Caribbean Sea was producing disorganized showers and thunderstorms several hundred miles east-southeast of the Windward Islands, as of the hurricane center’s 2 p.m. advisory.

Conditions could “become more conducive for slow development” after the system crosses the Windward Islands and moves across the Caribbean Sea later later this week and into early next week, the hurricane center said. The other disturbance might see some “slow development” later this week or over the weekend as it quickly moves west, away from Africa and into the Atlantic.