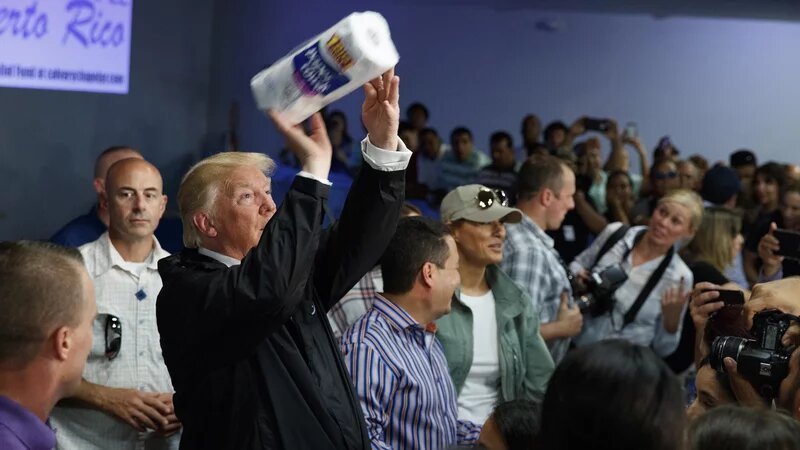 SAN JUAN — The Trump administration victimized Puerto Ricans a second time with arbitrary red tape that delayed the disbursement of federal disaster money in the wake of Hurricanes Maria and Irma, hamstringing the island’s economic recovery.

That’s the conclusion of experts who have read a matter-of-fact 52-page new report by the independent inspector general of the U.S. Department of Housing and Urban Development (HUD) that was released last week.

The report found that the White House Office of Management and Budget played a key role in prodding HUD to add additional requirements for Puerto Rico to access the disaster aid.

“Residents of Puerto Rico were revictimized by their own government,” said Resident Commissioner Jenniffer Gonzalez Colon, Puerto Rico’s only representative in Congress.

Those delays have cost the island as much as three years in preparing for the next major hurricane, said Rosanna Torres, director of the Washington office of the nonpartisan Center for a New Economy.

Torres said, “I think what it says is that we were unfairly punished and it validates that yes, indeed funds were held hostage.”

Reconstruction of the island’s housing and infrastructure is necessary for reviving the territory’s economy and helping its government to exit from Title 3 bankruptcy proceedings.

The administration also removed 30 pages of federal regulations that applied only to Puerto Rico disaster applications and not for Florida, Texas or other states.

“Puerto Rico deserves to be treated fairly and on equal terms with any other state of the nation that has been impacted by a natural disaster,” Puerto Rico Gov. Pedro Pierluisi said in a press statement Tuesday.

Pierluisi spoke earlier that day to HUD Secretary Marcia Fudge to thank her for releasing the long-delayed aid.

“Today, thanks to their commitment, Puerto Rico has access to 89% of the disaster assistance funds allocated by HUD,” said Pierluisi.

The findings in the audit released by HUD’s Office of Inspector General about the arbitrary delays in releasing the $8.2 billion are no surprise to Robert Olshansky, an emeritus professor of Urban Planning at the University of Illinois at Urbana-Champaign.

Olshansky, a member of the Center for a New Economy’s Growth Commission, said it was already “very clear that the Trump administration was doing everything it possibly could to slow down the flow of recovery assistance to Puerto Rico.”

Various federal Community Development Block Grant action plans submitted by Puerto Rico “seemed to keep getting mysteriously lost in various limbos when we should have been expecting approval any day,” he said. “And they also created extra layers of oversight that greatly slowed things down without really adding a meaningful layer of accountability.”

“In my world, this report is non-news,” Olshansky added. “It documents what we all knew was going on.”

For Gonzalez-Colon, who caucuses with Republicans in Congress, the relatively speedy approval of the disaster aid by Congress was a mark of success for her.

But she was subsequently “played” by the Trump administration which imposed delay upon delay in dispersing the money, according to Fernando Gil-Enseñat, former secretary of Vivienda, Puerto Rico’s housing agency.

Gil-Enseñat was forced to resign in January 2020 under the administration of interim Gov. Wanda Vázquez Garced. Part of the reason he was given for being forced out was because of his objections to the 30 pages of new federal regulations for disaster aid applications.

However, Gil-Enseñat said he was “basically fired” by Vázquez Garced because of his support of Pedro Pierluisi to succeed her as governor.

“In a way, I am extremely proud of the job that we were able to accomplish there,” Gil-Enseñat said, referring to the initial disbursement of $1.5 billion disaster aid by HUD.

The IG audit found that the delays were instituted after that initial $1.5 billion in was disbursed. In fact, the initial $1.5 billion was granted a waiver by HUD for disbursement during a month-long shutdown of federal government operations between Dec. 22, 2018, and Jan. 25, 2019.

The delays by the Trump administration in helping Puerto Rico repair and rebuild housing with the additional emergency aid in the wake of the hurricanes is one the reasons the territory has continually lost population, Gil-Enseñat said.

“They left because they couldn’t rebuild,” Gil-Enseñat told The Bond Buyer, adding that it was cheaper for them to purchase a $99 one-way ticket to Orlando and apply for welfare benefits in Florida as U.S. citizens.

He said the Trump administration knew Puerto Ricans were leaving the island but didn’t care.

The OIG report released last week itself faced long delays in being completed because of refusal of Trump administration officials to cooperate.

The OIG report said it opened the audit in March 2019 after receiving a congressional request to examine alleged delays in the disbursement of approximately $20 billion of disaster recovery and mitigation funds appropriated for Puerto Rico following Hurricanes Irma and Maria.

Rep. Nydia M. Velázquez, D-N.Y., told the Washington Post last week that she led the call for the investigation on the belief that the Trump administration’s actions were “a way to prevent the people of Puerto Rico from access to so much needed money to prevent people from dying.”

Velazquez told the newspaper that Congress needs to find ways to ensure that federal agencies “comply with the will of Congress” after the funding is appropriated to them.

Torres said the political appointees come across in the report as “not only immoral but cowardly” because they refused to own up to their actions when asked by the inspector general.

“The OIG’s access to HUD information in this review was delayed or denied in several instances,” the report said. “We did not obtain testimony from former HUD Secretary Ben Carson because he declined to be interviewed by the OIG unless an attorney from the Department (“agency counsel”) was present.”

The OIG report said it was also delayed in interviewing several senior HUD political appointees because of the department’s insistence that agency counsel be present during the interviews. “Some of those same officials eventually agreed to be interviewed without agency counsel present in the interview room, but then refused to answer certain questions because they claimed the information was protected from disclosure to the OIG by executive privilege,” said the report.

Experts said they are encouraged by the Biden administration’s recent actions to get the reconstruction work back on track.

Gonzalez Colon, the island’s representative in Congress, said, “HUD is adopting greater flexibility to the agreements with Puerto Rico.”

“I hope that the federal funds I obtained in Congress will continue to be disbursed, and today more than ever, with the lashes of the earthquakes and the pandemic, our people need,” she said.

Olshansky has a similar view. “From what I can see, the Biden administration is taking significant steps to rectify many of the problems and remove many of the roadblocks,” he said.

Torres said she’s seen “good signaling from the administration” that federal funds will “eventually trickle down to the island.”

But there’s still other hurdles to cross.

“We have still not seen from this latest announcement the grant agreement, so we’ll see,” Torres said, adding there also has not yet been a public notice about the release of a fourth tranche of federal funds to help rebuild Puerto Rico’s electrical grid.