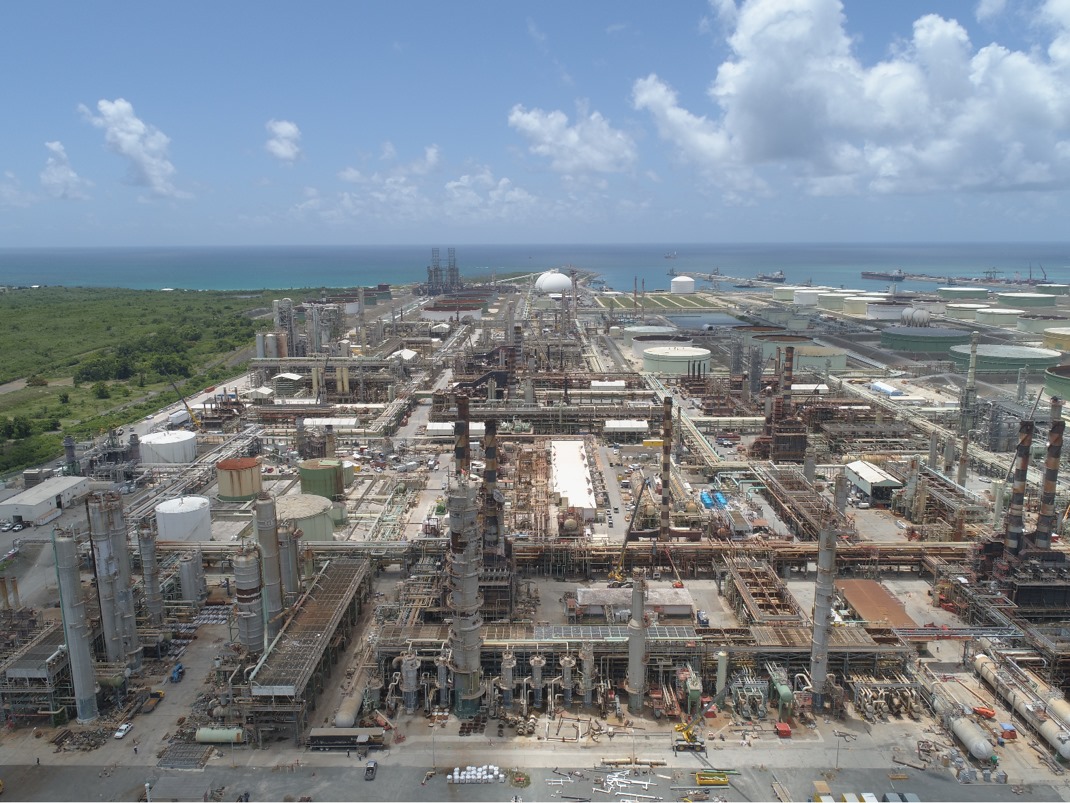 Boston-based Arclight’s Energy Partners Fund VI, which held a majority stake in the Limetree Bay refinery in Estate Hope, shed more than a quarter of its value in the year ended March 31, according to financial disclosures by a limited partner in the fund.

The fund has since removed the refinery from its portfolio, while investors holding hundreds of millions of dollars of common and preferred equity in the facility have been forced to write it off as worthless, according to pension fund officials and financial disclosures.

Arclight declined to comment on the performance of the investment. Arclight had been winding down its ownership in the refinery since last year and sold its remaining stake in April, a source familiar with the matter said.

Arclight added the refinery to its Energy Partners Fund VI portfolio after purchasing it out of bankruptcy in 2016 for $190 million, hoping to renovate and restart it, along with other investors. But the refinery, mothballed since 2012, never ran smoothly.

Last month, the U.S. Environmental Protection Agency (EPA) ordered the plant shut for at least 60 days after the refinery sprayed nearby neighborhoods with a petroleum mist.

The ownership company Arclight formed to oversee the refinery, Limetree Bay Ventures LLC, is now being dissolved, according to pension fund executives and documents viewed by Reuters. Contractors hired to help restart the refinery also claim they are still owed millions of dollars for their work, according to liens filed with the U.S. Virgin Islands Recorder of Deeds.

Linda Woods, 69, a retired English teacher in Maine, said she never liked the idea of her retirement dollars funding investments in fossil fuels.

But she said she hopes the problems at Limetree Bay will encourage the state legislature to limit oil and gas investments by the pension plan in the future. “This could be a watershed moment,” Woods said.

Earlier this year, New York City pension funds voted to divest their portfolios of some $4 billion worth of fossil fuel investments while other plans face pressure to take similar steps.

Arclight closed a $5.6 billion capital campaign for the Energy Partners Fund VI in 2015, winning commitments from several pensions for investments in the private energy infrastructure sector that were not named at the time.

Ultimately, the fund ended up with investments that included Limetree Bay, as well as a major coal plant in Ohio and gas pipelines.

Heavy losses hit the fund last year when the Limetree refinery encountered operational problems. Other assets were also hit by slumping energy demand from the pandemic.

In the first quarter of 2020, the overall Arclight VI portfolio tumbled by $1.2 billion. That included a $246 million, or 93%, drop in Limetree Bay’s value, according to disclosures by the state of Connecticut retirement system, which invested $85 million in the fund.

The overall fund declined 26% during the 12-month period that ended March 31, according to financial disclosures by the Sacramento County Employees’ Retirement System, which invested $40 million.

The Lancashire fund, meanwhile, said investments in a fossil fuel-focused fund might not pass muster today: “Our investment strategy has evolved since this investment was made, and it would be less likely to meet our current criteria for responsible investment practices.”

Sandy Matheson, executive director of the Maine pension plan, described the developments at Limetree Bay as a “terrible situation.”

The Mayo clinic and the NFL pension plan declined to comment.

Debt holders have also taken a beating. After buying the plant, the Arclight-led ownership recapitalized the facility in 2018 with $1.2 billion in preferred equity and leveraged loan financing.

FS Energy & Power Fund, a business development company managed by EIG Global Energy Partners and FS Investments, disclosed in an investor presentation last month that interest payments on the refinery’s debt have not been made in more than 90 days. The fund’s refinery-backed debt was valued at $151 million after markdowns of more than 50% from the original principal.

Common and preferred equity stakes in the refinery project, meanwhile, no longer hold any value, according to U.S. regulatory filings by the fund.