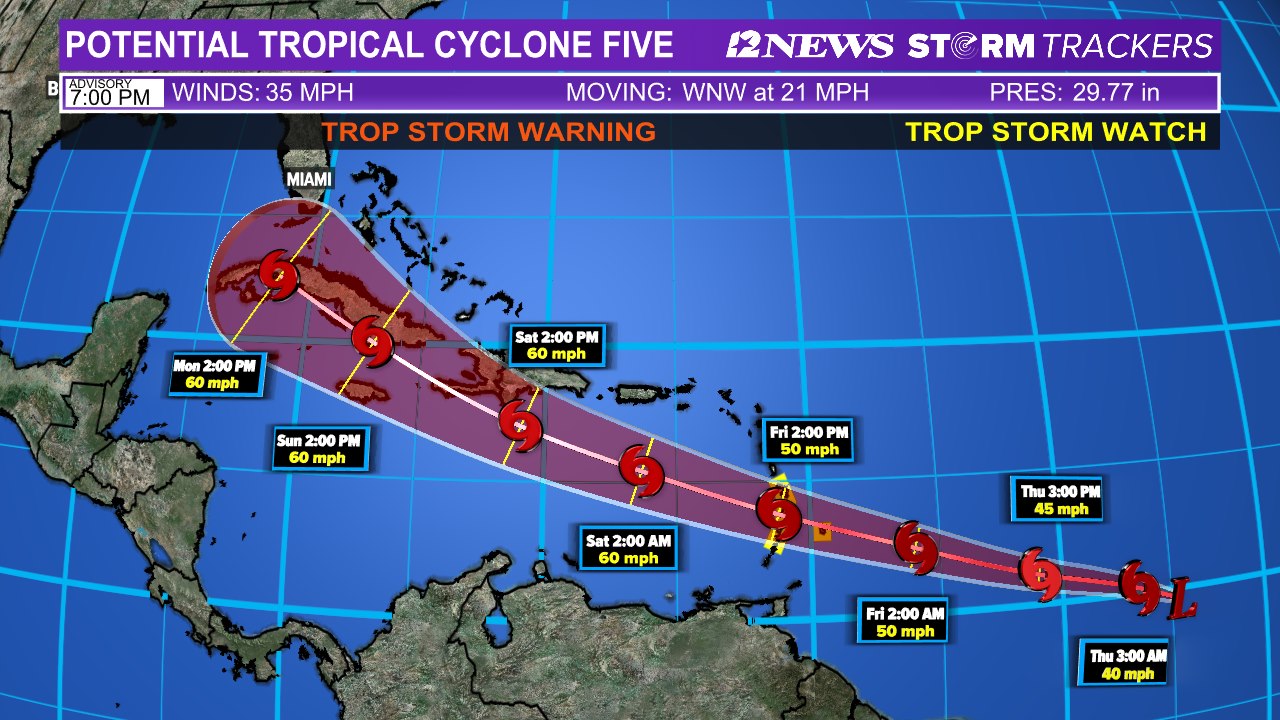 “There is a risk of wind and rainfall impacts in portions of the Virgin Islands, Puerto Rico, Hispaniola, Cuba, the Turks and Caicos and the southeastern Bahamas through early next week,” according to the National Hurricane Center.

“Interests in these areas should monitor the system’s progress and updates to the forecast,” the NHC said.

The storm is expected to pass over Barbados tomorrow morning before moving across the Windward Islands in the afternoon, then track west-northwest from the southeastern Caribbean late Friday and be in the vicinity of the Virgin Islands and Puerto Rico early Saturday, according to the National Hurricane Center forecast.

Elsa is the earliest-known fifth named storm recorded for the Atlantic basin in the “satellite” era, which began in 1966, according to the National Hurricane Center. The previous record was formerly held by Edouard on July 6, 2020.

Forecasters expect additional watches and warnings will be issued later today and say that tropical storm conditions will likely begin in the warning and watch areas tomorrow.

Elsa was about 750 miles east-southeast of the Windward Islands, as of the hurricane center’s 8 a.m. advisory today.