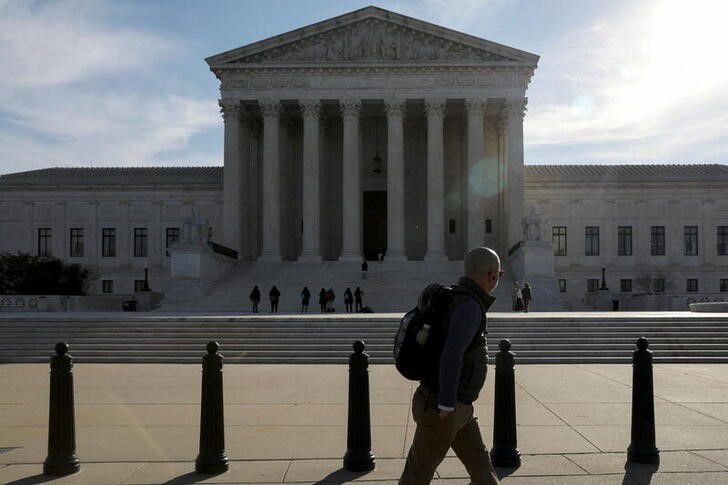 WASHINGTON — The U.S. Supreme Court this week rejected a bid to extend a federal program offering benefits to low-income elderly, blind and disabled people to residents of Puerto Rico, finding that Congress had the authority to prevent those living in the American territory from receiving the assistance.

The justices ruled 8-1 in favor of President Joe Biden’s administration, reversing a lower court’s ruling that a 1972 decision by Congress to exclude Puerto Rico from the Supplemental Security Income (SSI) program violated a U.S. Constitution requirement that laws apply equally to everyone.

The ruling denies the welfare benefits to an estimated 300,000 people on the Caribbean island who otherwise might qualify. The federal government has said an expansion covering Puerto Rico would have cost $2 billion a year.

“Enough of this colonial status that discriminates against us and affects our quality of life. The only and the best solution is statehood,” Pedro Pierluisi, Puerto Rico’s pro-statehood governor, said in a statement.

Puerto Rico’s status is a divisive issue on the island, with some favoring remaining a territory while others push for statehood or even independence from the United States.

Kavanaugh said a ruling extending benefits to Puerto Rico could have “far-reaching consequences” inflicting additional financial burdens on its residents — including that they be required to pay federal income tax, which they do not currently do.

“The Constitution does not require that extreme outcome,” Kavanaugh wrote.

Liberal Justice Sonia Sotomayor, whose parents were from Puerto Rico, was the sole dissenter. Sotomayor pointed out that as the island does not have voting representation in Congress, its people cannot rely on Congress to recognize their rights.

“Equal treatment of citizens should not be left to the vagaries of the political process,” Sotomayor wrote.

A provision extending SSI benefits to Puerto Rico is part of Democratic-backed social spending legislation that has stalled in Congress.

Jose Luis Vaello Madero, the disabled 67-year-old man at the center of the case, received SSI benefits when he lived in New York but lost eligibility when he moved to Puerto Rico in 2013. The U.S. government sued him in federal court in Washington in 2017 seeking more than $28,000 for SSI payments he received after moving to Puerto Rico.

“It is unfortunate the court failed to see the discrimination faced by the most needy Puerto Rican Americans whose only distinguishing feature is that they choose to remain in Puerto Rico, their home on U.S. soil. This is a devastating day for Mr. Vaello Madero and for Puerto Rico,” said Hermann Ferre, Vaello Madero’s lawyer.

Many Puerto Ricans have long complained that the island’s residents are treated worse than other Americans despite being U.S. citizens. Puerto Rico, which is not a state, is the most-populous of the U.S. territories, with about 3 million people.

SSI benefits are available to American citizens living in all 50 states, Washington, D.C. and the Northern Mariana Islands, but not the territories of Puerto Rico, the U.S. Virgin Islands and Guam.

The Supreme Court has been instrumental in defining the legal status of Puerto Ricans dating to a series of rulings starting more than a century ago called the Insular Cases, some suffused with racist language. Those rulings endorsed the notion that the people of newly acquired U.S. territories could receive different treatment than citizens living in U.S. states.

Conservative Justice Neil Gorsuch in a separate opinion said the court in a future case should overturn the Insular Cases, saying they “rest on racial stereotypes” and “deserve no place in our law.”

Congress decided not to include Puerto Rico when it enacted the SSI program. Puerto Ricans are eligible for a different benefits program, called Aid to the Aged, Blind and Disabled, that allows for more local control but not as much federal funding.

Reporting by Lawrence Hurley; Editing by Will Dunham