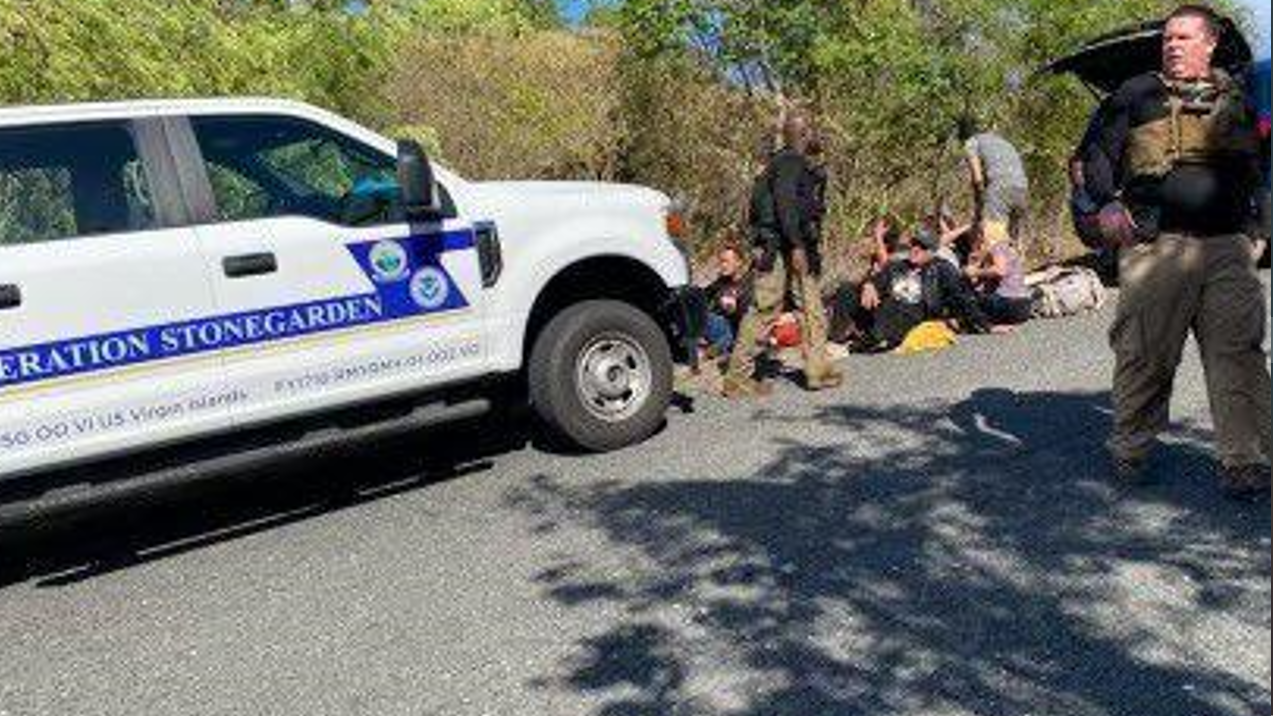 CRUZ BAY —  Two immigrants drowned after a vessel dropped off eighteen nationals of multiple countries at Haulover Bay in St. John during the early hours Sunday morning, the Virgin Islands Police Department said. A female adult originally listed as missing was confirmed dead after her body was found on Sunday afternoon.

Police Commissioner Ray Martinez said that the 911 Emergency Call Center received a call from a St. John resident at about 4:15 a.m. Sunday, reporting that immigrants were coming ashore on St. John. Officers responded to the scene and started making contact with the immigrants in the water and on land at about 5:00 a.m.

Martinez, who said that the investigation is ongoing, said 18 people were aboard the vessel, which came from Saint Martin. It included two Iranian nationals, a Guyanese national and 15 Venezuelans — there were 17 adults and one child.

“Right now we know that one male individual has drowned and that body has been recovered,” the commissioner said, adding that law enforcement officials were not certain whether the deceased was a passenger or a crew member of the vessel.

The vessel is said to have dropped the individuals at their destination before leaving, with the immigrants disembarking at a certain distance and swimming their way to shore, according to Martinez.

The immigrants, who were attempting illegal entry into the U.S., were being transported to St. Thomas by law enforcement Sunday afternoon to be turned over to Customs and Border Protection for processing, the commissioner said.

The Virgin Islands Fire Service and Emergency Medical Services, Romeo Company (Coral Bay Fire Station) was dispatched by 911 at 7 a.m. Sunday to the Finger Pier for an unresponsive male patient in St. John.

Dual role firefighter/EMT and Rescue personnel arrived at the dock in Coral Bay and received the patient via St. John Rescue vessel, according to the Office of the Governor.

VIFEMS initiated CPR upon transfer until EMS personnel confirmed the patient as having no vital signs.