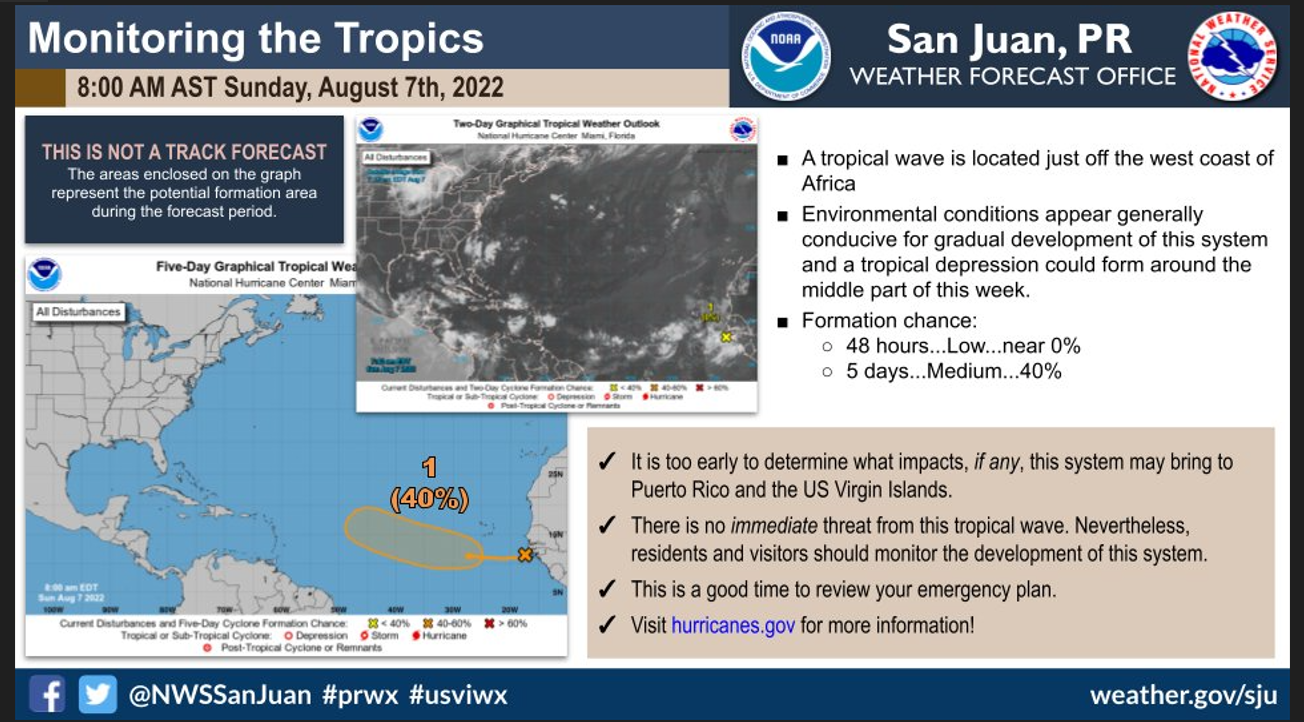 MIAMI — With the peak of hurricane season approaching the tropics may have woken up from their weeks-long slumber.

The National Hurricane Center began projecting the formation a potential tropical system in the eastern Atlantic Ocean as a tropical wave is forecast to move off the west coast of Africa over this weekend.

The NHC said today that the tropical wave has moved off the African west coast.

As of the NHC’s 8 a.m. tropical outlook, forecasters give the system a 40 percent chance of formation in the next five days.

“Environmental conditions are expected to be conducive for some gradual development of this system while it moves westward across the eastern and central tropical Atlantic during the early to middle part of next week,” said NHC Hurricane Specialist Brad Reinhart.

The National Oceanic and Atmospheric Administration just released its mid-season forecast update this week still expecting and above-average number of storms, which it had predicted ahead of the season’s start, with a range of 14 to 21 named storms expected.

The last two years have been among the busiest in recorded history with 2020 producing a record 30 named systems and 2021 running through all 21 of the NHC’s standard hurricane season of named systems.

The next name of the 2022 name list is Danielle. This season, the NHC has had to issue advisories on systems ahead of official naming, referring to what became Tropical Storm Alex, for instance, as Potential Tropical Cyclone One. That un-named system dumped rain on Florida in as it passed over the peninsula in June leaving many parts of Miami under nearly a foot of water.

The NHC has not issued a tropical advisory since Tropical Storm Colin fizzled on July 3.